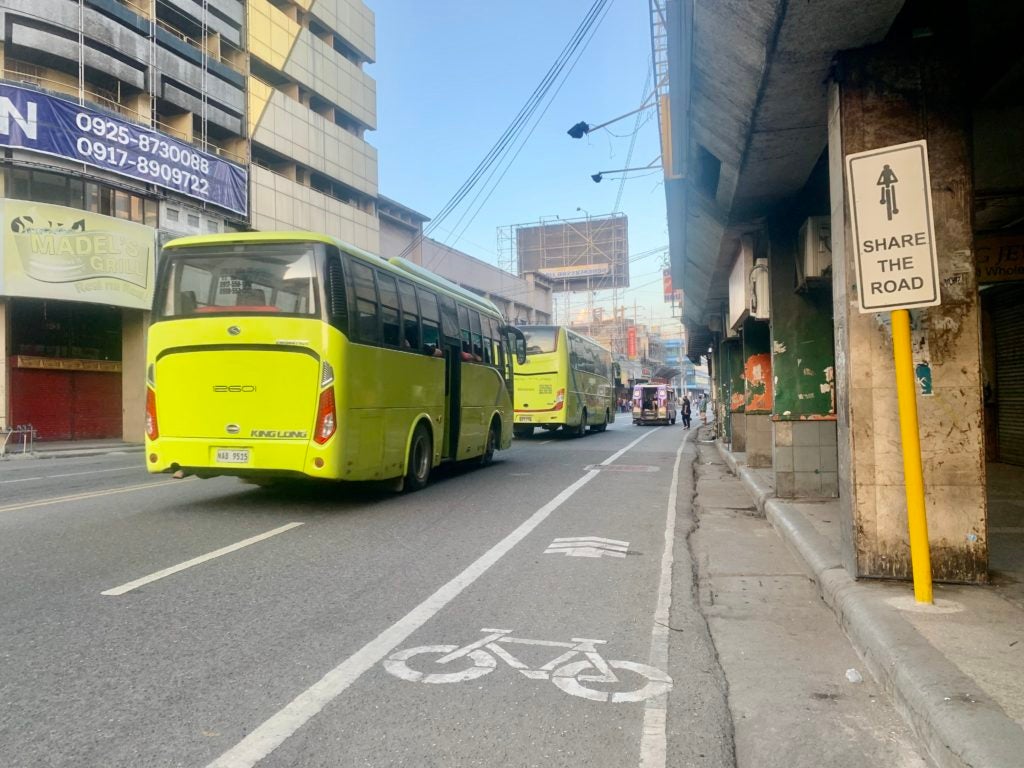 The Sugbo Bike Lane Board of Cebu City says they are considering adding bike lanes to 110 kilometers of roads in the city. | CDN Digital file photo (Brian J. Ochoa)

CEBU CITY, Philippines — Cebu City’s Sugbo Bike Lane Board (SBLB) plans to add bike lanes to 110 kilometers of roads in the north and the south district.

Lawyer Gerry Carillo, who heads the SBLB, said the bike lanes had proven to be an essential part of the roads now.

Cebu City was awarded as Third Most Bike Friendly City in the country, taking emphasis on the bike patrollers that had become part of the city’s disaster response and traffic management.

Carillo said that the award would further inspire the SBLB to improve the bike lane.

Primarily, they are in the process of fixing the bike lanes especially the destroyed bollards after Typhoon Odette.

The SBLB plans to put up CCTVs to easily monitor the bike lanes around the city center and South Road Properties (SRP).

The lawyer said there was a growing need for more bike lanes since people were choosing to ride bikes due to the traffic, increasing price of fuel, and other reasons.

Despite the return of public transportation in the past months, the use of bikes have not declined and many workers still use bikes to get to work.

In fact, Carillo said a group was planning to put up a local delivery service using bike messengers.

“They will use bikes for deliveries that’s why we want to expand the bike lanes because they need to be protected,” he said.

So far, 200 individuals have already been charged for violating the Bike Lane ordinance of the city.

More have been cited but these 200 did not reach a resolution with the citation or refused to pay the fine and their violations are going to court.

Carillo said there was a need for more refinement in the implementation of the bike lanes, expansion to accomodate longer routes or more bikers, and understanding from the public that bike lanes were now part of the road and must be accorded respect.

The SBLB hopes Cebu City residents will cooperate in preserving the bike lanes, and keeping bikers safe on a daily basis.