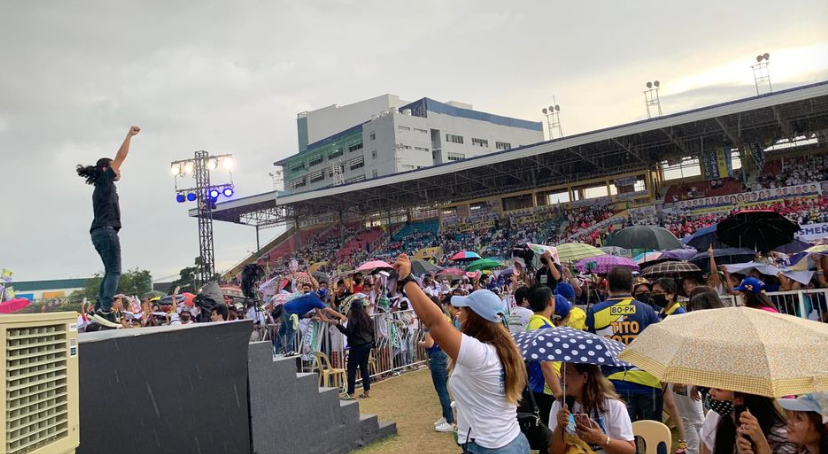 The Cebu City Police Office (CCPO) estimated a crowd of 13,000 for the event inside in the Cebu City Sports Center (CCSC) grounds.

True to their words, children and individuals below 4 feet in height were not allowed inside the center.

The crowd stayed on even when rain poured before the start of the grand rally.

Margot Osmeña, the standard bearer of BO-PK, said that the unity of BOPK was inspiring. 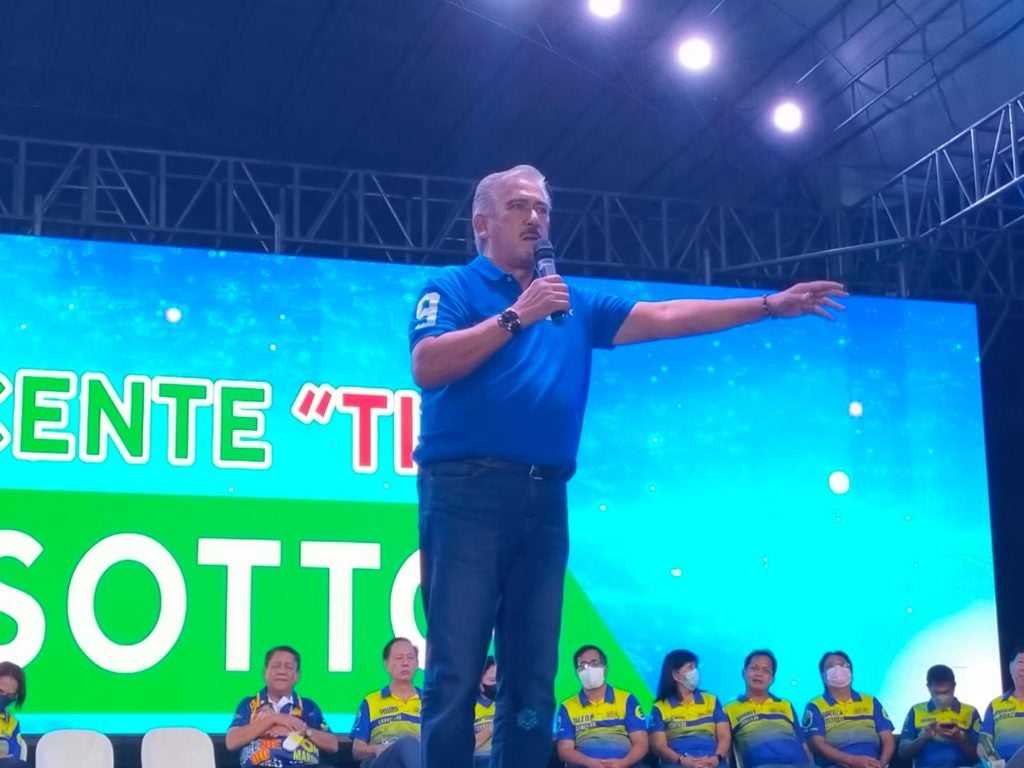 Senate President Vicente “Tito” Sotto III, who is running for vice president of the country, says being endorsed by the BOPK is a big help for his campaign. | Delta Dyrecka Letigio

Vice Presidentiable Vicente “Tito” Sotto III, said the endorsement of Bando Osmeña Pundok Kauswagan would be valuable for his campaign.

The Senate President said that this would help bring him closer to the people of his grandfather, Don Vicente Sotto, and hopefully Cebuanos would give him the chance to serve.

Sotto brought with him Eat Bulaga stars including his daughter, Ciara Sotto; his brother and sister-in-law, Vic Sotto and Pauleen Luna; and hosts Allan K, Jose, and Wally.

Sotto and his wife, Helen Gamboa, also serenaded the crowd with a Cebuano song.

Meanwhile, former Comelec Commissioner Rowena Guanzon was also present to campaign for the presidency of Vice President Leni Robredo as well as the PWD partylist.

Guanzon once again took a jab at Cebu City Mayor Michal Rama and the CCPO for imposing a height restriction for the event.

Guanzon said it was discriminatory to impose restrictions on the disabilities of others as people under four feet tall might be adults who were Persons with Disabilities.

Rama already denied the allegations saying it was solely the CCPO’s decision to impose height restrictions.

CCPO also said the organizers of the rally agreed to the height restrictions.

Despite the issue, BOPK sees the event as a success and marks just the start of their all out campaign.

Read Next
131 drug-cleared, 2 drug-free brgys in CV retain their status