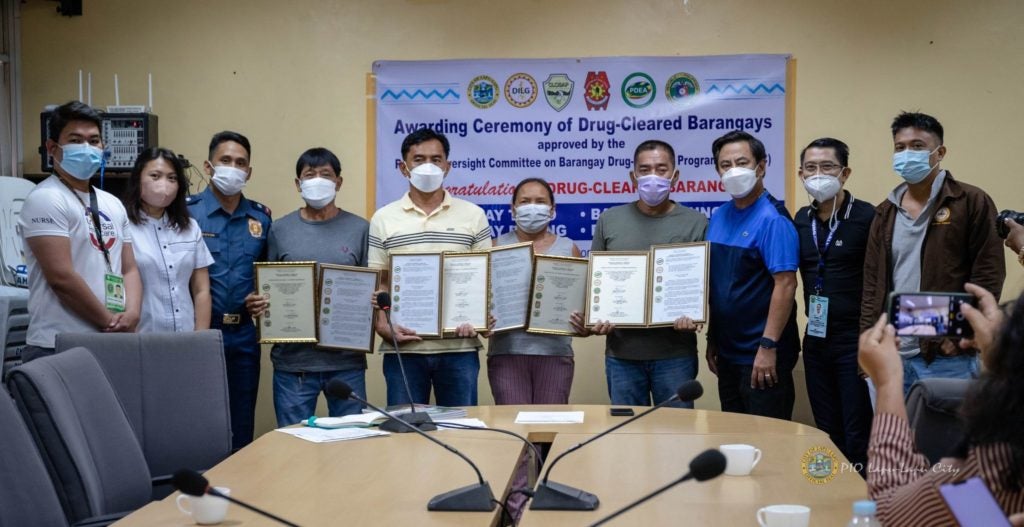 LAPU-LAPU CITY, Cebu—The Philippine Drug Enforcement Agency in Central Visayas (PDEA-7) handed over the certificate of recognition to four barangays in Lapu-Lapu City that were declared as drug-cleared barangays.

These barangays are Tingo, Baring, Tungasan, and Caw-oy, all are from Olango Island.

Chan urged these barangays to maintain their drug-cleared status.

Tingo Barangay Captain Audie Flores said he will try his best to maintain the status as drug cleared while Baring Barangay Captain Romulo Wagwag took it a notch higher, aiming for a “Drug-Free” status.

Garry Lao, Executive Director of the City of Lapu-Lapu Office for Substance Abuse and Prevention (CLOSAP) officiated the ceremonial awarding of drug-cleared barangays at the mayor’s conference room on Monday morning, April 4, 2022.

The decision was reached after careful evaluation and assessment in 2021 of the Regional Oversight Committee on Barangay Drug-Clearing Program (BDCP).

Mayor Chan said each of these drug-cleared barangays will be entitled to receive the P50,000 financial reward. The amount will be downloaded to them after the lifting of the election ban.