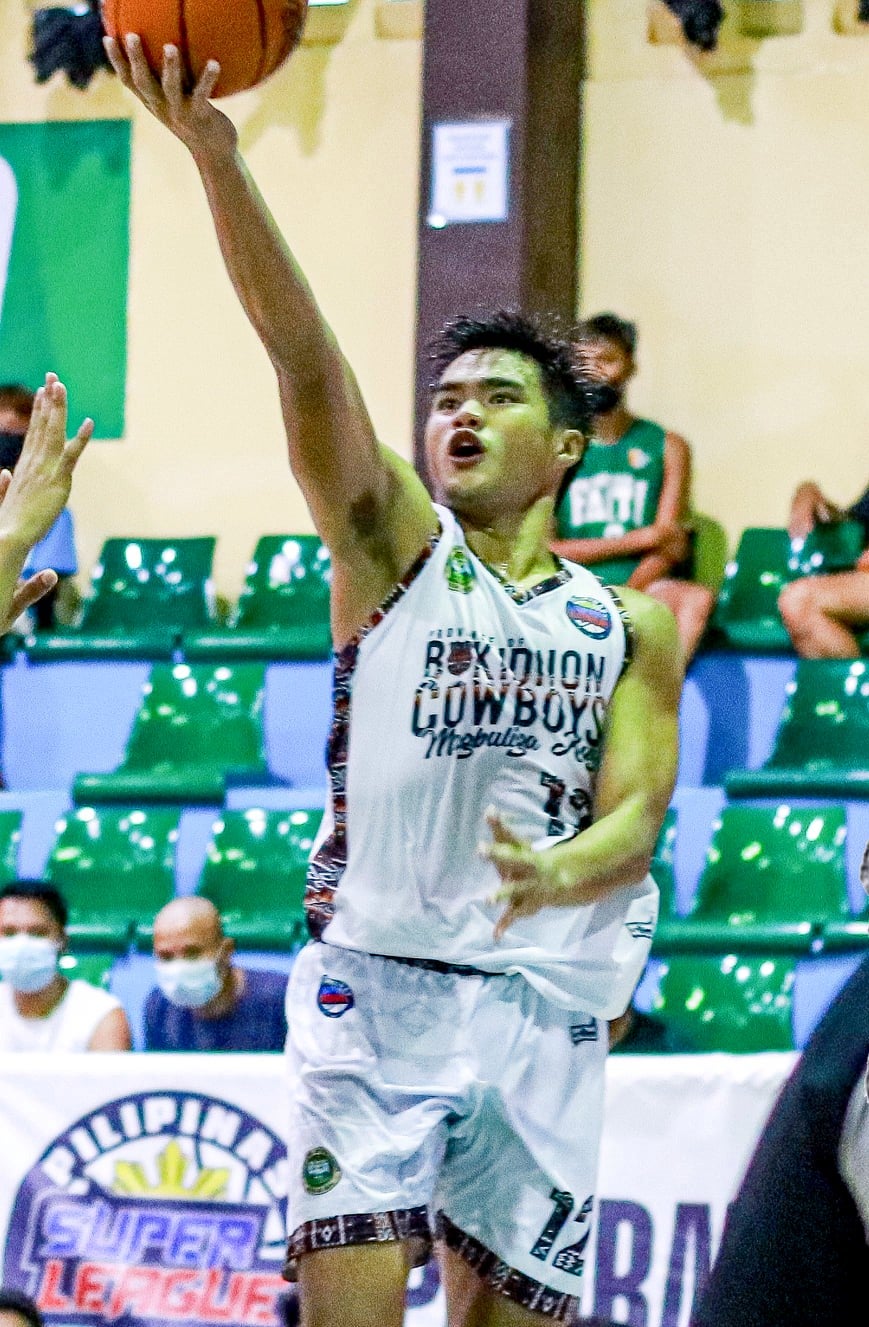 Kent Salarda of Bukidnon Cowboys goes for a layup in this bit of PSL U-21 Aspirants Division Cup action . | Photo from PSL

The Sarok Weavers ended their back-to-back dominating victories in the tournament after they shockingly lost an18-point lead in the fourth period, 63-45.

The Cowboys impressively went on a 26-6, run to erase the lead throughout the final period and held on to their slim lead, 71-69, until the final buzzer.

John Paulo Dalumpines had the best chance to regain the lead for the Sarok Weavers from his wide open three-point attempt, but ended up missing it as time winded down.

The Cowboys’ Vince Perez’s back-to-back baskets kept his team’s slim lead all the way to the final buzzer.

The Sarok Weavers had a stellar start in the PSL U-21 tilt with their lopsided victories against the Roxas Vanguards and the Sealcor Kingfishers in their first two games.

Despite the loss, the Sarok Weavers remained upbeat and vowed to do better in finishing their game as they take on the Buffalos tomorrow, Saturday, April 9, 2022 at 1:00 PM.

After facing the Buffalos, they will lock horns with the ARQ Builders Lapu-Lapu City Chiefs in an all-Cebu teams showdown on April 10, at 1:00 PM.