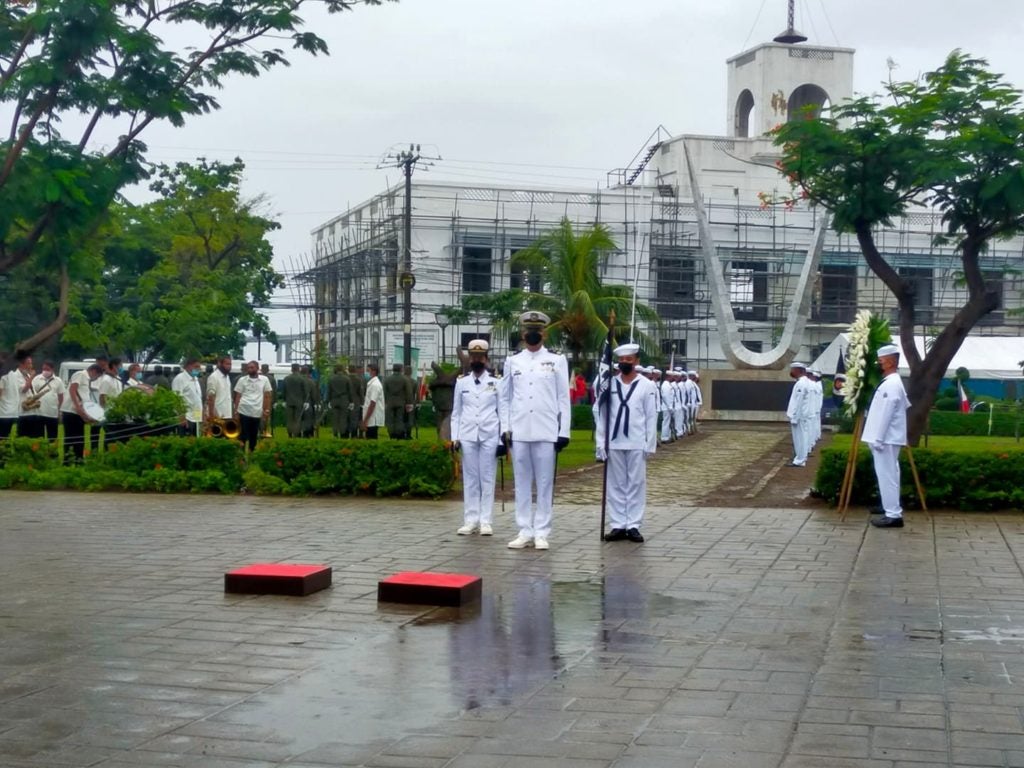 Saturday’s celebration of the 80th Araw ng Kagitingan went on as scheduled despite the early morning rain. | Delta Letigio

CEBU CITY, Philippines — Cebuanos remembered the heroism of all war veterans on Saturday, April 9, during the 80th commemoration of the Araw ng Kagitingan.

Various gatherings were held in parts of Metro Cebu to celebrate the Day of Valor despite the early morning downpour.

In Cebu City, some war veterans gathered at the Plaza Independencia.  They were joined by city officials, government employees and personnel from the Armed Forces of the Philippines (AFP) and the Philippine Navy.

Mayor Michael Rama and Vice Mayor Donaldo Hontiveros led a wreath laying ceremony to remember the fallen heroes of World War II and other battles that transpired in Cebu and the rest of the country.

“It is our duty to make sure that the cruelty of war is drowned out by the bravery of men. Dili ang kapildihan ug kamatayon ang angay mahinumdoman kung di ang kaisog sa mga veterano ang angay mopangingbabaw,” he said.

The vice mayor said that the flame of courage should be keep burning in the hearts of every Cebuano especially during these challenging times. 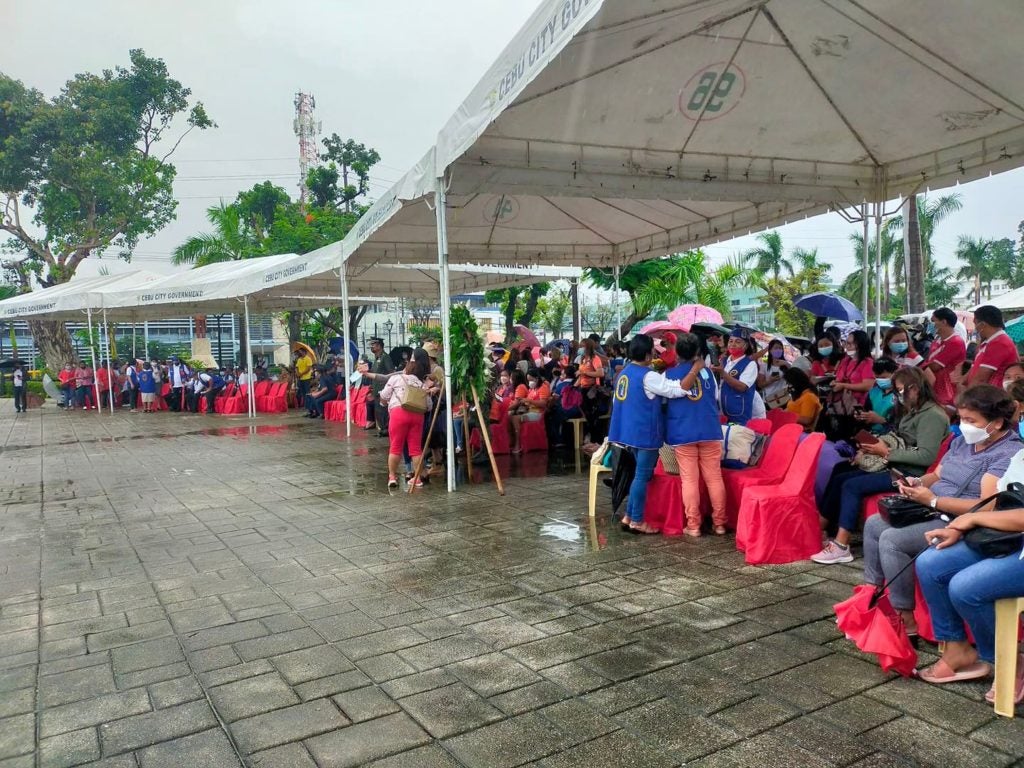 |Participants of the 80th Araw ng Kagitingan took shelter under tents to refrain from getting wet. | Delta Letigio

In his speech, Mayor Rama said, braving the Saturday morning rain was just a little sacrifice in order to celebrate the lives of the brave soldiers who fought for the country.

“This is only rain. Can you imagine the Death March? The people walking one after the other and they cannot stop. This is only one day that we can be physically present,” he said.

Members of the Veterans Federation of the Philippines, who were present during the gathering, thanked the Cebu City government and the AFP for organizing the celebration.

In their response, the federation said that the Day of Valor should remind the youth “of the sacrifices made by brave Filipino men of the past just so the country will experience freedom.”

They also expressed hope that Cebuanos will continue to have courage and bravery to fight for the country just like those who came before them. 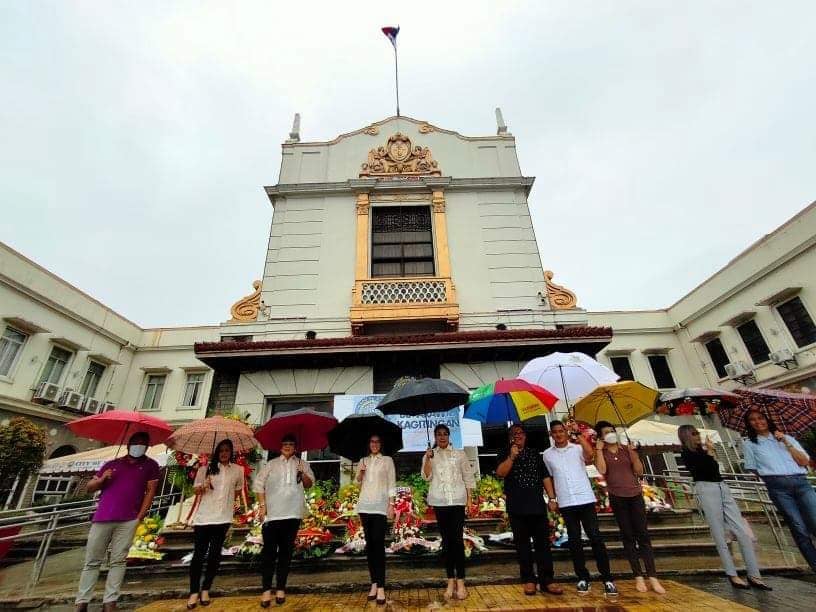 | The flowers were offered in a gathering held at the City Hall grounds. | Photo from Mandaue City PIO

Mayor Jonas Cortes, in a message, said the peace that we now enjoy is a product of the sacrifices made by the war heroes.

“Their bravery during a time of conflict is worth emulating in this day and age. But as we face new challenges, we also pay homage to acts of heroism being done everyday by each and everyone of us doing our share to make Mandaue an even greater city and the Philippines an even greater nation. May we be inspired by the courage and valor of our heroes and veterans as we strive to fulfill our collective aspirations,” he said. / dcb