CEBU, Philippines — Actor Seth Fedelin shared, on Instagram, a photo of himself with a cup of coffee.

Netizens speculated that his post is in reference to his love team Andrea Brillantes, who made her relationship with basketball player Ricci Rivero official.

Some of his celebrity friends reacted to his post. 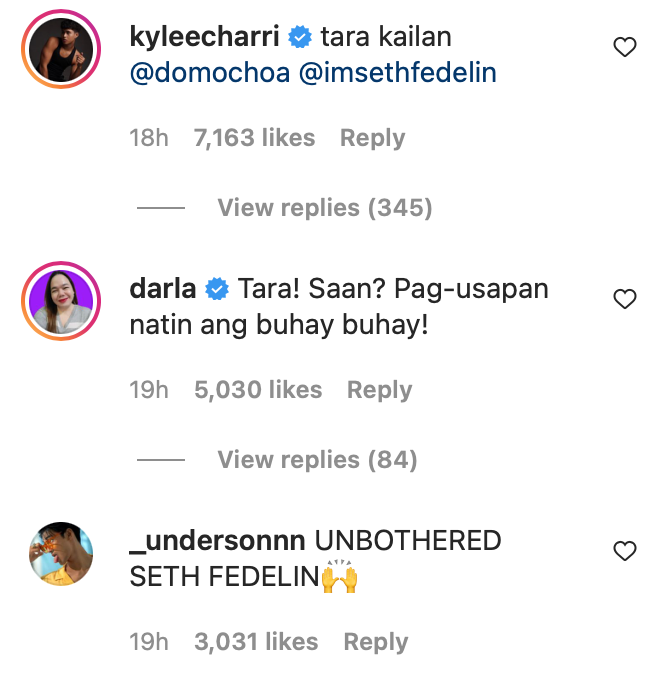 Fedelin, Brillantes and Echarri, together with Francine Diaz starred in ABS-CBN’s hit teleserye “Kadenang Ginto” in 2018.

Andrea Brillantes shows off fierce side in stunning photos