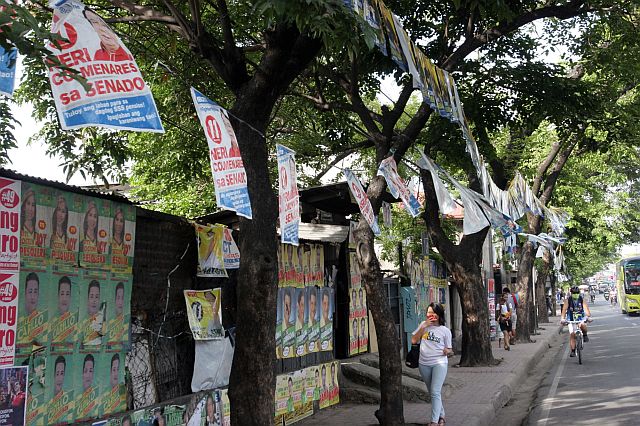 CEBU CITY, Philippines — The Commission on Elections (Comelec) in Cebu City will start on Tuesday afternoon, April 19, 2022, the removal of campaign materials that do not conform with the allowed size and those that are posted in unauthorized areas.

‘Oplan Baklas’ was supposed to start last April 12, but they had to delay its official implementation here as a result of Tropical Storm Agaton that affected parts of Cebu and the Visayas, says Marilou Paredes, the acting election officer of the Comelec Cebu City south district office.

Paredes said ‘Oplan Baklas’ will be done while their office also conducts a series of trainings for members of the board of election canvassers.

Some training participants will be allowed to join the conduct of Oplan Baklas if they would also wish to.

“Magsugod ta sa Comelec office, then all around the city ta,” Paredes said.

Comelec will be joined by personnel from the Department of Environment and Natural Resources in Central Visayas (DENR-7) and the Cebu City Police Office (CCPO) during the conduct of Oplan Baklas.

Paredes said that they will especially focus on areas where campaign materials are attached to electric posts, trees, and public areas structures.

But they will not be removing campaign materials that are on private properties in respect of a case that remains pending with the Supreme Court.

Instead, they will be writing candidates to warn them of possible sanctions that may result from their display of campaign materials that to not conform with the authorized size.

Paredes is again asking candidates to take down all their illegal campaign materials before the official start of Oplan Baklas.