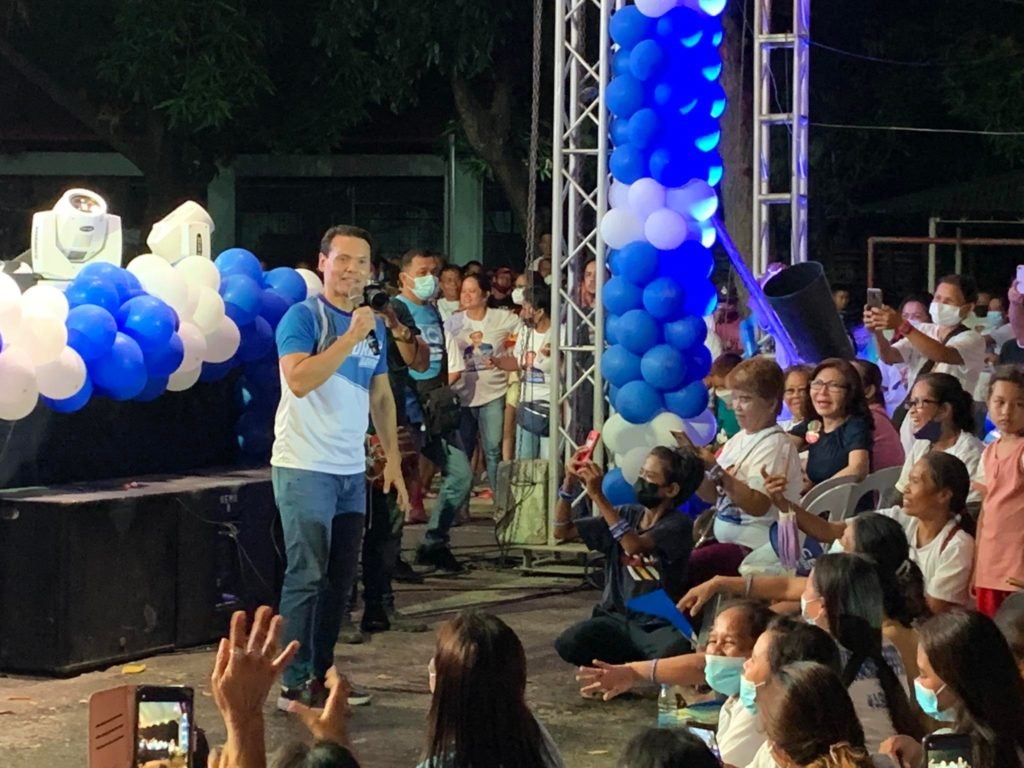 CEBU CITY, Philippines – If it were up to him, aspiring Cebu governor and former Tourism Sec. Joseph Felix Mari ‘Ace’ Durano would prefer not to endorse any presidentiable.

Durano clarified that the decision to support the presidential bid of former Sen. Bongbong Marcos came from his party, Partido Pilipino sa Pagbabago (PPP), and was ‘not a personal choice.’

In fact, the former Cabinet official said he urged their party not to support any presidential candidates.

“The national leadership decided nga siguro, after naay mga considerations that it’s much better for the party nga naay i-endorse nga candidate… Since it’s the decision of the party, and me as chairman (of the Central Visayas chapter), I respect their decision,” he added.

But if given the chance to freely choose, Durano said, he would rather prioritize in campaigning the platforms and programs he and his running mate, reelectionist Vice Gov. Hilario Davide III, are pushing such as the Cebu Priority Development Agenda.

“All along, our direction was not for political alliances. Ang amo, we are really focusing on uniting different sectors and different political colors. Mao na among tumong,” explained Durano.

Durano was the latest local candidate in Cebu to have thrown his support to Marcos, after announcing that PPP has formally endorsed the former senator’s bid for the Malacañang.

His announcement, however, was met with criticisms from netizens, particularly supporters of Marcos’ rival, Vice President Leni Robredo.

Robredo was supposed to grace Durano and Davide’s grand rally in Talisay City, Cebu last Tuesday. But her camp canceled the trip when they were informed of PPP’s manifesto supporting Marcos.

Durano also confirmed to reporters that it was them who informed Robredo’s group about PPP’s recent announcement.

“And again, we would like to apologize to everyone nga who are expecting for VP Leni to come… We informed them about the manifesto from PPP and they decided not to proceed here,” he added.

Durano, a scion of one Cebu’s most influential political families, will be facing incumbent Gov. Gwendolyn Garcia in the May 9 polls.

Garcia has also backed the presidential bid of Marcos Jr.