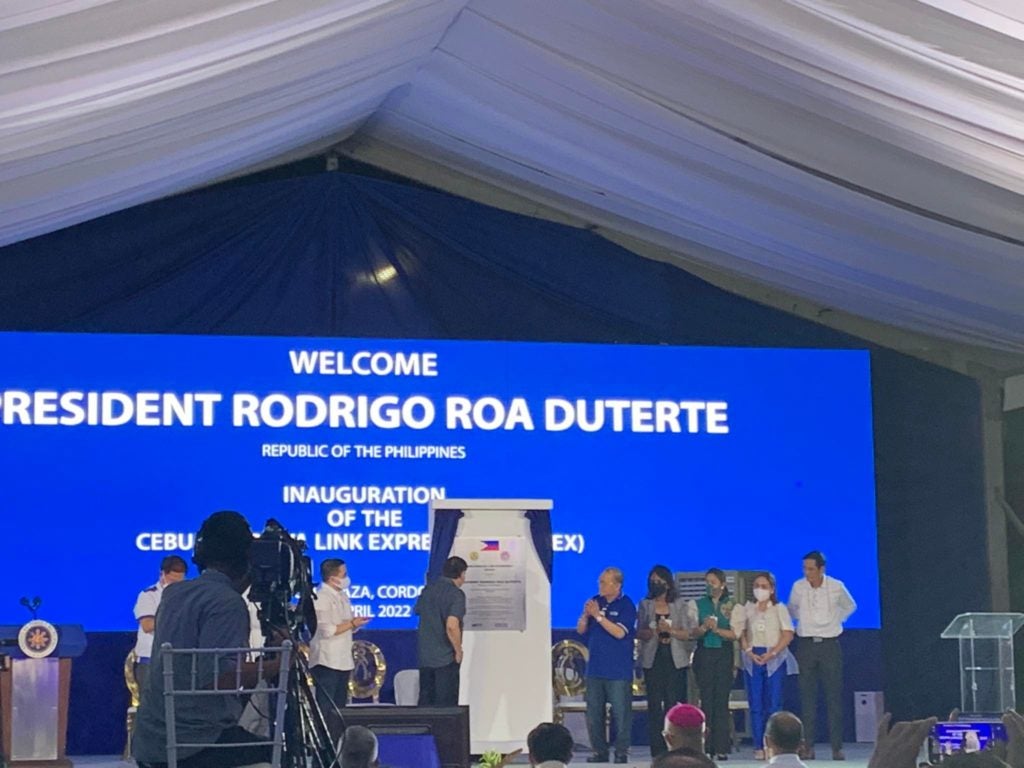 Instead of cutting the ribbon using the traditional scissors, the Presidential vehicle ran through the ribbon in the middle of the bridge, symbolizing the bridge becoming an expressway for travelers.

Duterte said in his speech said that he is thankful that God gave him the life to see the completion of the bridge after breaking ground on the project in 2017.

The President was in Cebu to join the 501st Kadaugan sa Mactan celebrations, which is also the closing of the Quincentennial activities in the country.

He said that he is honored to be part of Cebu’s historical moments.

The President congratulated the Metropacific Tollway Corporation, CCLEX Corporation, and the local government units of Cebu City and Cordova for achieving the architectural and engineering feat.

Duterte also unveiled the inauguration marker of the iconic bridge.

MPTC chairman, Manny V. Pangilinan (MVP), said the project is a testament to the success of public and private partnerships.

He said that because of the determination of Cebu City and Cordova, the bridge was materialized.

“This bridge is a significant public-private partnership, we are honored and humbled,” he said.

“This is truly a testimony of the triumph of the human spirit,” said the Governor.

Prior to the inauguration, Cebu Archbishop Jose Palma blessed the tollway gates, where the business of the tollway will be conducted.

While the inauguration has been completed, CCLEC recently said that the opening will be moved to a much later date.

The opening of the expressway will be announced soon, CCLEC said.      /rcg

No damage to CCLEX bridge due to Odette

President Duterte in Cebu on April 27