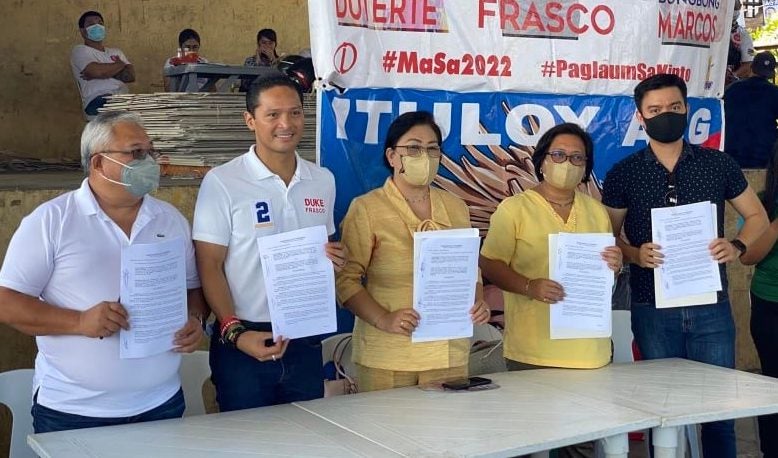 Rep. Duke Frasco of the 5th district of Cebu signed a memorandum of agreement with DOH-7 director Jaime Bernadas and representative of the three hospitals to facilitate the downloading of the P21 million allocation. | Contributed photo

MANDAUE CITY, Cebu – Representative Vincent Franco “Duke” Frasco of the 5th District of Cebu turned over a total of P21 million in medical assistance funds for indigent patients in his district.

The amount was taken from the Department of Health’s Medical Assistance for Indigent Patients (DOH-MAIP) Funds for year 2022, Frasco said in an advisory.

All of the three hospitals are accredited by the DOH.

Frasco turned over checks containing the allocation to representatives of the three private hospitals on Monday, April 25, read portions of the advisory.

At the same time, he signed a memorandum of agreement with the three hospitals that will facilitate the downloading of the allocation for the use of indigent patients in  his district.

Frasco said attending to the health care needs of his constituents has been one of his priority programs since he assumed as 5th district representative in 2019.

And as vice chairperson of the House Committee on Appropriations, Frasco was also instrumental in the passage of the P242 billion allocation for DOH that forms part of the P5.024 trillion General Appropriations Act of 2022.

Frasco: We have secured the necessary permits and approval prior to Camotes Islands’ event