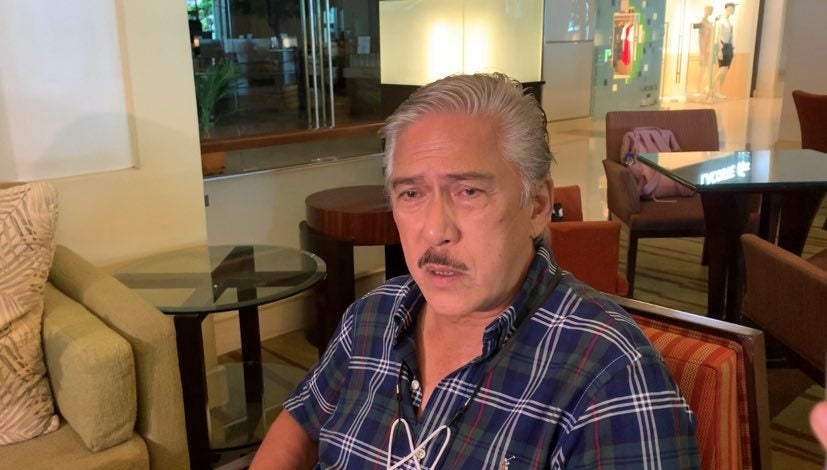 Senate President Vicente Sotto, III got a major boost to his Vice Presidential bid with the reported endorsement of Cebu mayors belonging to the 7th District.

It must be noted that there was no official endorsement from the seven mayors released but NPC Secretary General Dong Mendoza, who was present in the meeting said an endorsement have been made.

“I was there. I was present when Senate President Vicente Sotto III was endorsed by our party mates. They gave their word and commitment to our party chairman that he has their backing. I trust the words of our party mates and will count on their commitment.”

“Yes, election season is about winning. But aside from that, it is also about pushing ourselves up. It is about putting honor to our words and premium to our commitments. I believe that the meeting speaks volumes. There is no need to explain any further. What is clear cannot be muddied by intrigues and lies,” said Mendoza.

Sotto, for his part, expressed elation that the local chief executives in towns under the 7th District in Cebu’s southernmost tip threw their support behind his bid for the second-highest position of the land.

“I am very happy and very pleased with the attendance. The leadership of Congressman Peter John Calderon is very obvious, and of course, the leadership of Dumanjug Mayor Gungun Gica is very laudable, among his peers in the district itself.”

In a press conference that followed in Cebu City, Sotto told reporters that the commitment of support he got from the 7th District is a great push for his campaign.

He said that his being a Cebuano really connects him to Cebu and the voters.

“With the 7th District in Cebu City (sic) na endorsement ng grupo at tsaka support ng malalaking grupo dito I think my being Cebuano is taking its price,” he said.

Still, despite the strong support Sotto has gained in Cebu, support for his partner, Presidential candidate, Senator Panfilo “Ping” Lacson lagged behind.

Even the 7th District is supporting another Presidential candidate.

Still, the senate president does not give up on his partner and will continue to campaign for him as well.

“Hindi, they have a different presidential candidate wala akong problema. I told them about it but they said may kanya-kanya silang may pinag-iisipan pa some of them are for Leni, and some for Bongbong, tinanong ko nga sila kanina, meron din daw Lacson, meron din daw Manny Pacquiao,” he said.

Nine days before the elections, Sotto is in his final stretch of the campaign.

The vice presidentiable has repeatedly visited Cebu over the past months as he believes the province can deliver him a win.

Sotto: Polling firms should be answerable to people’s plight