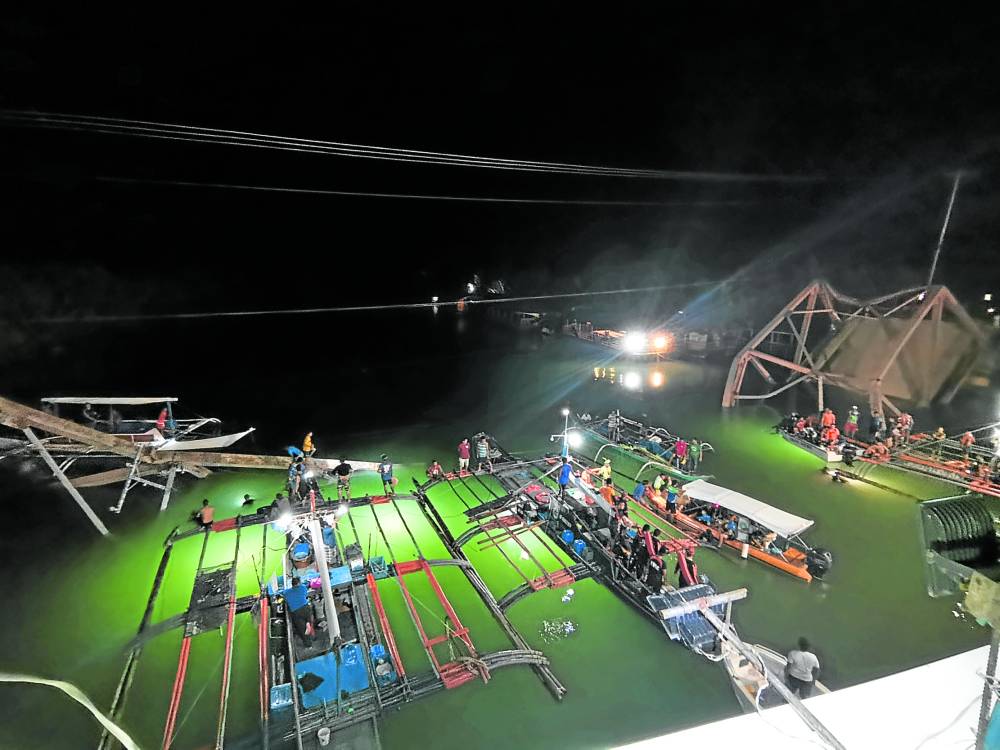 LOAY, BOHOL — After three days of extensive search, the disaster response teams ended their operation on April 29 for more persons who might have fallen into the river following the collapse of the old bridge in Loay town.

“All vehicles (that fell into the river) have already been inspected by the divers and there were no more bodies inside. No one was also reported missing,” said Anthony Damalerio, provincial disaster risk reduction management officer.

Four persons were killed while 24 others were injured when the Olegario B. Clarin Sr. Bridge, commonly called the Clarin Bridge, collapsed into the Loboc River, past 4 p.m. of April 27.

The fatalities were identified as Michael Ouschan, 30, from Austria; Arnes Silos from Dauis, Bohol; Emilia Gemina from Villalimpia, Bohol; and Epifhany Oñada, 29, from Tagbilaran City, Bohol.

The Department of Tourism has been coordinating with the Austrian Embassy in Manila for the transport home of the remains of Ouschan, who was in the province spending his honeymoon with wife Julia, also an Austrian, according to disaster officials.

Damalerio said investigators had theorized that the vehicle overload and the steel bridge’s old age caused the structure to collapse.

Of the 15 vehicles that fell into the river that has a depth of about 8 meters, only two motorcycles and a multicab were recovered as of noon on Friday.

The salvage operation for the other vehicles was suspended because of the absence of commercial divers.

“Our volunteer divers are not capable of recovering the other vehicles. We need commercial divers and a different set of equipment,” Damalerio said.

An adjacent bridge, which was constructed starting in 2018 to replace the old one, will be opened for motorists on May 3.

The 104-m new bridge, which connects the villages of Poblacion Ubos and Villalimpia in Loay town, was supposed to be completed in June 2022 but the Department of Public Works and Highways (DPWH) started to assist the contractor in completing the bridge’s approaches to expedite the project’s completion.

Magiting Cruz, district engineer of the DPWH third district of Bohol, vouched for the strength of the new two-lane bridge.

“Let me assure you that this new bridge is really safe and durable,” he said

The new bridge, is the second basket-handle, Nielsen-type bridge in the country. The first is the Bamban Bridge in Tarlac province, which is 174-m long.

Read Next
Getting out of the gilded cage