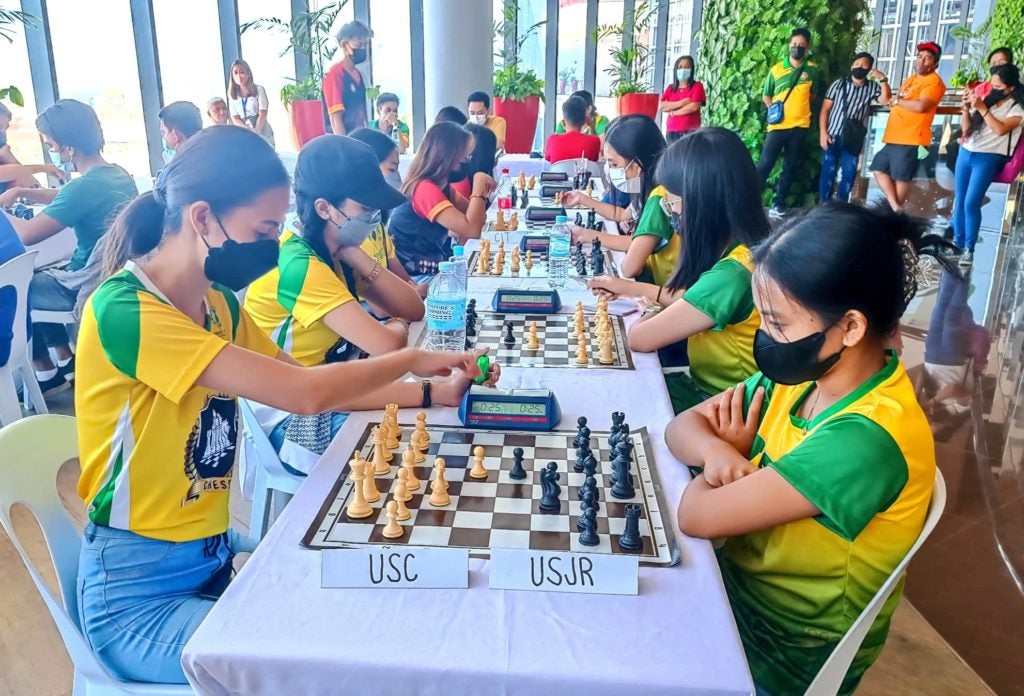 Chess players from USC (left) and USJ-R (right) get into action during the Cesafi chess tournament. | Photos by Glendale G. Rosal

The tournament served as a re-introduction of the Cesafi member schools into the sport after a two-year hiatus due to the onset of the COVID-19 pandemic.

Chess is one of the 13 sports events Cesafi officials organized for the 2021-2022 season or the “mini season,” to bring back action in one of the country’s biggest inter-school multi-sports meet.

The six Cesafi member schools that are currently vying as of this writing are the overall defending champions, the University of San Carlos (USC). They are joined by University of San Jose-Recoletos (USJ-R), University of Cebu (UC) Main, Cebu Institute of Technology-University (CIT-U), UC-Lapu-Lapu-Mandaue (UCLM) campus, and University of the Visayas (UV).

According to FA Yap, they are featuring a round-robin format, with the top school in both divisions to be awarded as overall champions.

“We’re trying to bring back chess to Cesafi considering that there was no competition for the past two years because of the pandemic. This time, we’re making this tournament a bit simple because the main season is set on September. This is like an exhibition tournament just to make these Cesafi member schools get back into action,” said FA Yap. 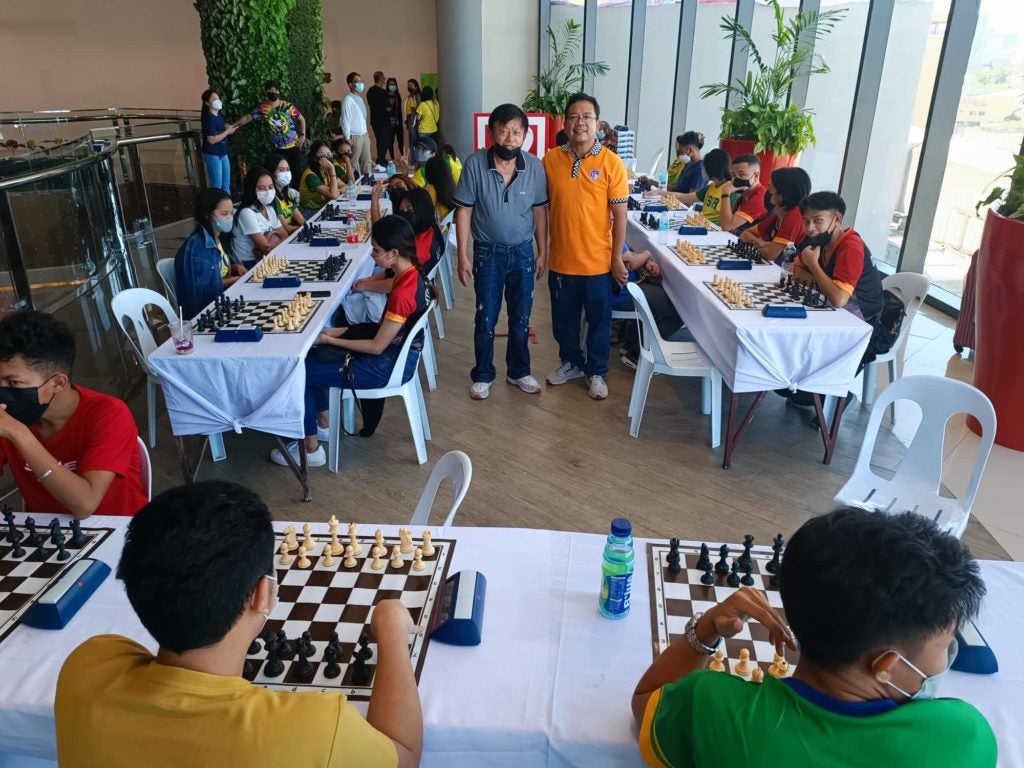 FA Lincoln Yap (left) and Ed Velarde (right) pose for a photo during the Cesafi chess tournament at the Robinsons Galleria Cebu on Sunday, May 1, 2022. | Glendale G. Rosal

FA Yap said that they decided not to include the high school division because that was what the Cesafi officials instructed them.

However, he said they were very optimistic that the regular tournament in September would push through.

In 2019, USC’s woodpushers dominated the tournament at the same venue. The Warriors topped the men’s and women’s division in the collegiate level as well as the boys and girls divisions in the secondary level, dethroning chess powerhouse USJ-R.

For his part, Ed Velarde, the founder of the Barracks Chess Club and the father of National Master (NM) Jerish Velarde, said that it was a welcome sight to see that the Cesafi chess tournament had returned at their playing venue.

For the past five years, the Barracks Chess Club has hosted the Cesafi chess tournament.

“We are very happy to welcome everybody back at Barracks Chess Club. We’re looking forward to host more tournaments like this, especially the regular season in September,” said Velarde.

Esports to debut in Cesafi on April 30

Read Next
Philippine dancesport team raring to go, compete in the SEA games