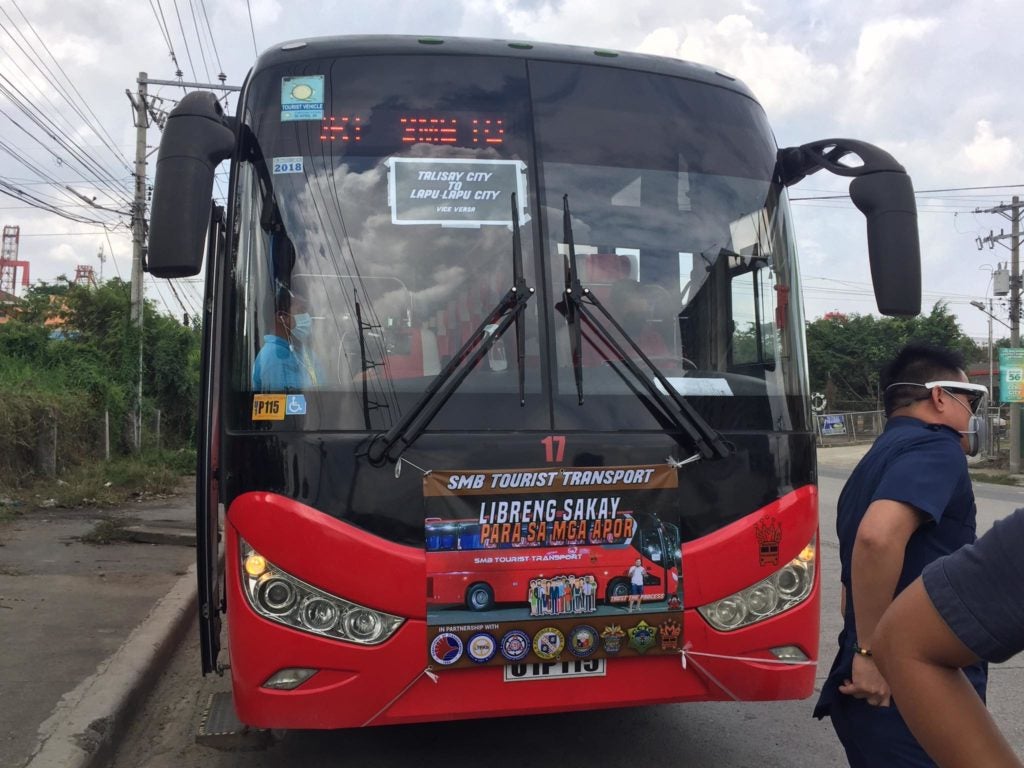 A bus waits for passengers who would like to avail of the government’s Libreng Sakay program. | File photo

CEBU CITY, Philippines – Some of the vehicles that were commissioned for the government’s Libreng Sakay program may continue to ply some Central Visayas roads after the program would have commenced on May 30.

This is because some of the vehicles that were included in phase 3 of the program were not also able to start on time, according to Director Eduardo Montealto Jr. of the Central Visayas office of the Land Transportation Franchising and Regulatory Board (LTFRB-7).

Phase 3 of the 50-day Libreng Sakay program that officially started on April 17 is supposed to commence on May 30.

However, Montealto said, some of the program participants were unable to start on time, thus they will have to continue to ply their assigned routes until July 10 to complete their 50-day contract.

(We were supposed to end the program on June 30 but since other program participants were unable to immediately start last April 17, we will have to extend the program’s implementation, maybe until June 10.)

Montealto said there is nothing to worry since they still have enough funds to cover the program’s extension.

LTFRB-7 accredited more than 600 vehicles for phase three of its Libreng Sakay program, that was designed to especially offer free ride to frontline workers during the height of the COVID-19 pandemic.

As of May 14, Montealto said, they already listed a total of 692 PUVs under phase 3.  These consists of 347 modern public utility jeepneys, 219 public utility buses, and 126 tourist vans traversing various routes in the region.

Montealto said that at least 54 of these units are traversing Metro Cebu roads.

The national government allocated P7 billion for the implementation of phase 3 of its Service Contracting Program, of which P500 million was released to LTFRB-7.

LTFRB-7 is paying P50 per kilometer under its free ride program.