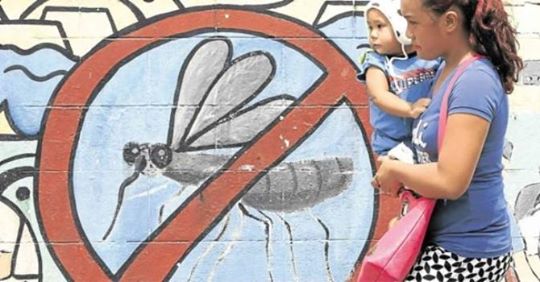 Ibones said this is already a concerning number because, for the same period in 2021, only 36 cases of the mosquito-borne disease were reported.

The massive difference may be attributed to the destruction brought by Typhoon Odette and Tropical Depression Agaton allowing stagnant water to be stored in destroyed infrastructure.

As of now, the Cebu City Health (CHD) has activated the dengue teams in the barangays to begin the search and destory operations of possible mosquito breeding sites such as canals, unused tires, and discarded tin cans, among others.

Barangays, upon the assessment by health workers, may request misting as well, especially in densely populated areas where dengue outbreaks have been recorded.

Ibones said they are reaching out to the Department of Interior and Local Government (DILG) to oblige the barangays to conduct anti-dengue drives and orientation for their residents.

Dengue is carried by certain types of mosquitoes, in areas with stagnant water clean or otherwise. This is why it is imperative that households clean their surroundings to prevent mosquitos from breeding and spreading the disease.

CHD will also call a meeting for barangay health workers to intensify anti-dengue drives in the barangays to reduce the number of cases recorded monthly.

The grave concern for the agency is that most deaths are recorded among minors aged 15 years and below with the youngest recorded death being a one year old. A three-year-old and a four-year-old also died of dengue this year.

The details of these cases are confidential with respect to the families of the children.

The Emergency Operations Center (EOC) headed by Councilor Joel Garganera said they will be training contact tracing teams to help the CHD in these anti-dengue drives since the COVID-19 cases in the city are currently very low.

Ibones said they are also thankful that the COVID-19 cases are currently down to only 19 active cases because health workers can focus on reducing dengue in the barangays instead of constantly assisting in contact tracing.

He hopes that each household will act with initiative in ensuring the safety of their family from dengue as it is a very preventable disease.      /rcg

43 dengue cases recorded in Mandaue in 1st quarter of 2022

Read Next
#WeOnlyHaveOneEarth: Group of individuals in Cebu join hands for coastal clean-up