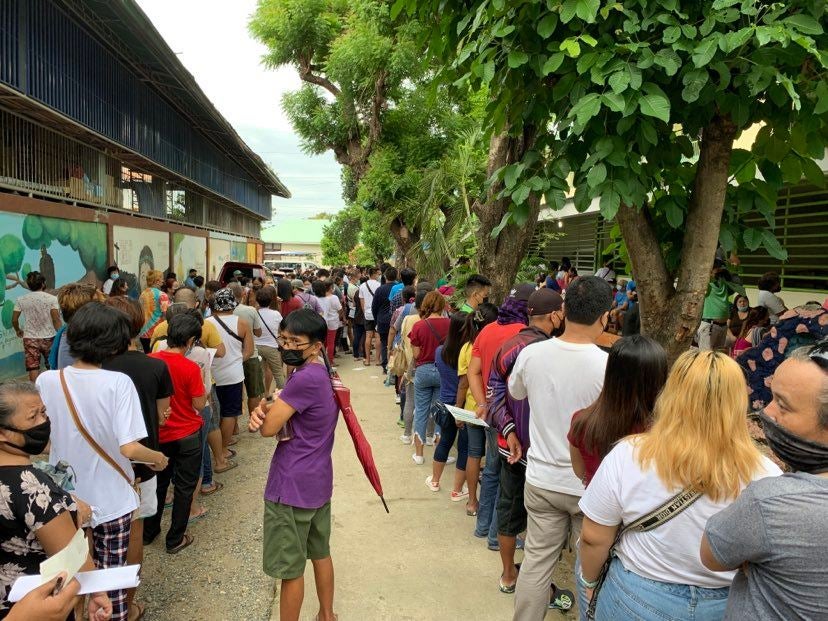 Voters crowd the polling precincts at the Don Vicente Rama Memorial National Elementary School in Barangay Basak, Cebu City during the May 9 national and local elections. Teachers who served as poll clerks during the elections will receive their honoraria starting May 24, the Commission on Elections said.  CDN photo  |Rick C. Gabuya

CEBU CITY, Philippines — Cebu City teachers who served in the May 9 elections will finally get their honoraria starting next week, May 24, 2022.

South District Acting Election Officer Marilou Paredes told CDN Digital that they are already preparing the payrolls for the teachers.

Paredes said they are grateful for the hard work of the 4,000 teachers who worked overtime in the 62 schools that turned voting precincts.

The Commission on Elections (Comelec) acknowledged the effort of the teachers for the successful elections completed within two days from voting to counting in Cebu City.

With this, teachers are set to get around P5,000 to P10,000 depending on their roles during the elections.

Chairpersons will get P10,000 less tax and five days of credit.

Recently, the Department of Education (DepEd) Cebu City division hoped for a P3,000 increase in the honoraria, especially for the teachers who worked overtime during the elections.

Many of the precincts ended the voting beyond the 7 pm deadline and the transmission took additional hours extending beyond midnight of May 10, 2022.

Unfortunately, the P3,000 proposed increase has not been approved yet.

“We do not have yet the approval of the 3T increase. If there is, we are more than willing to give to the election boards because we know the difficulties they encountered in the performance of their duties. We’ll just wait for its approval,” said Paredes.     /rcg

May 9 elections in Cebu all systems go