‘Hantak’ loser may be shooter in Carreta killing – CCPO exec 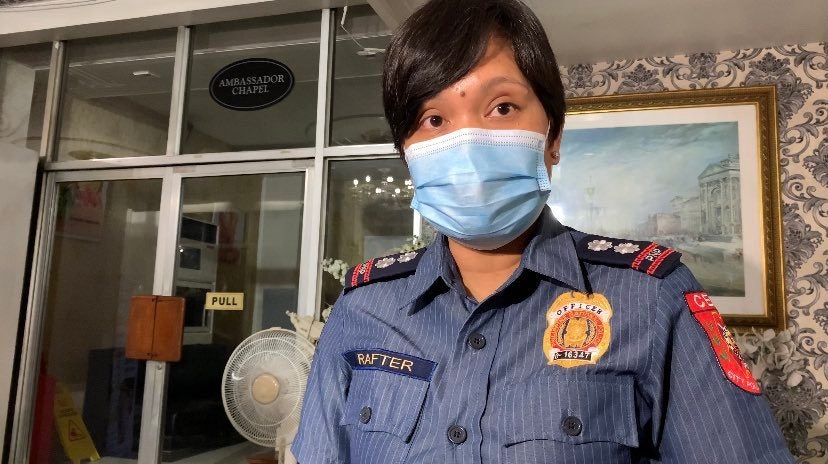 CEBU CITY, Philippines — A disgruntled man, who lost in “hantak” or an illegal toss-coin game of heads and tails, could have been the one who shot dead a 30-year-old man in the early morning of May 29 at Barangay Carreta, Cebu City.

Police Lieutenant Colonel Janette Rafter, deputy director for operations of the Cebu City Police Office (CCPO), said that they already had a person of interest in the Carreta killing.

Rafter was referring to the killing of Rexter Añora, 30, of Sitio Negative, Barangay Carreta, who was shot dead early that day as he was playing “hantak”.

(It seems that it was just one of their companions,  who played hantak [left them] and returned later after he lost. That is our person of interest.)

However, Rafter also said that they were not also discounting the possibility that the killing was a drug-related incident, especially since there were suspected shabu allegedly recovered from the victim’s pockets by the policemen of the Waterfront Police Station.

Aside from the Carreta shooting incident, Rafter said that Guadalupe police also have a person of interest in an earlier shooting incident believed to have happened on Saturday evening, May 28, in Barangay Guadalupe.

This involved a 23-year-old man, who was found dead with gunshot wounds on Sunday, May 29, in a secluded area near a subdivision there.

Dela Cerna said that the area where the victim was found was about three kilometers from his home.

He said that they were investigating the victim’s connection to illegal drugs as a possible motive for the killing.

He said that Gabijan had been allegedly arrested by the Labangon Police for illegal drugs and was eventually released.

Dela Cerna did not provide any more details about Gabijan’s alleged link to illegal drugs.

As for the development of the case, he said that they also had a person of interest in the fatal shooting incident.

(He was walking. He was heading home or he came from a meet up with the suspect?)

Dela Cerna said that some witnesses told police that they heard a gunburts near the area on Saturday night, May 28, but they did not mind it at that time because they thought it was a firecracker.

Police, however, said that there were no empty shells where the body was found.

Rafter, for her part, assured the public that these two shooting incidents were isolated ones.

She also said that tracker teams were already formed to focus on these cases and go after the suspects in the shooting attacks.

Rafter also reminded the public that the election gun ban was still in effect until June 8, 2022.

Man, whose face was wrapped in duct tape and shot in the head, still unidentified