USC graduate among topnotchers of May 2022 CPA licensure exams

CEBU CITY, Philippines – A University of San Carlos (USC) graduate made it to the Top 10 of the recently concluded May 2022 Certified Public Accountants Licensure Exams (CPALE).

USC’s  Ron Niño Loon ranked 9th in the exam with a passing rate of 86.50 percent. He was the lone Cebuano graduate who made it to the top 10 of the May 2022 CPALE conducted in various testing centers in the country, including Cebu, last May 22 to 24. 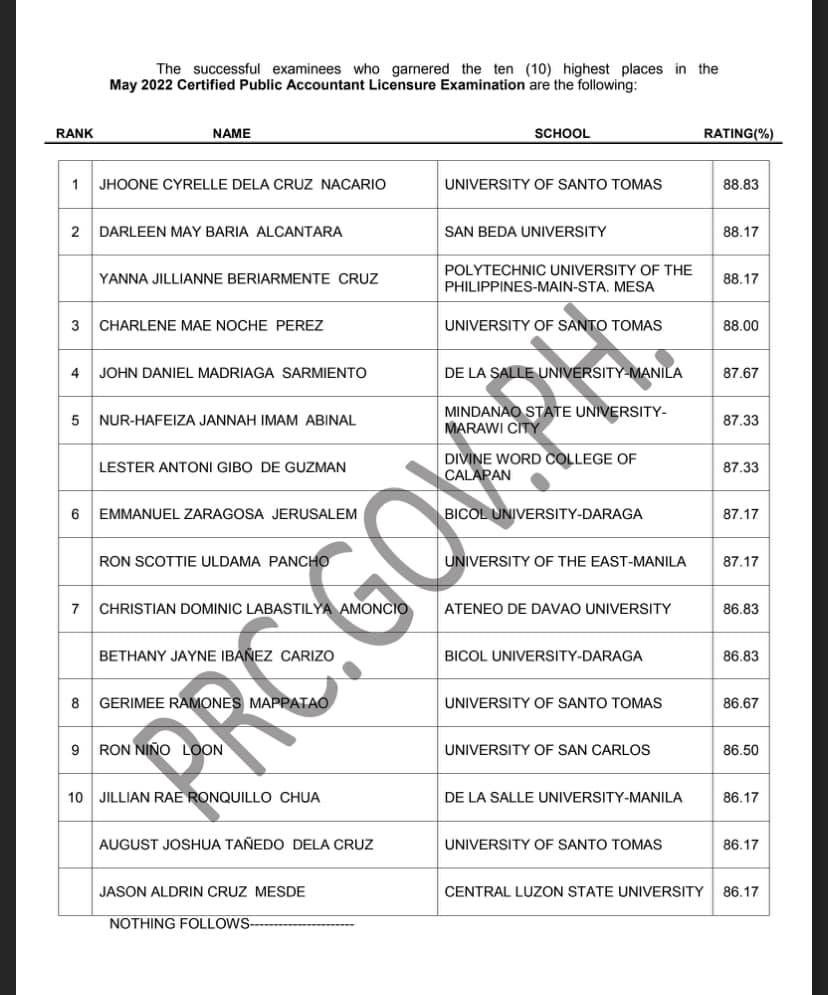 Jhoone Cryelle Nacario of the University of Sto. Tomas (UST) bagged the first place after getting an average of 88.83 percent. Nacario was followed by Darleen May Alcantara (of San Beda University) and Yanna Jilllianne Cruz (of Polytechnic University of the Philippines-Main in Sta. Mesa), who both placed second with a rating of 88.17 percent.

The Professional Regulation Commission (PRC) released the results in its official website on Wednesday night, June 1, 2022.

The PRC also announced that only 990 out of the 4,442 (22.29 percent) CPALE examinees nationwide successfully passed the licensure exams.

The country’s regulation commission also said that none of the schools that have CPALE takers last May qualified to be recognized as a top performing school.

The PRC recognizes top performing schools having 50 or more examinees passed and with at least 80 percent overall passing percentage, according to the Commission Resolution No. 2017-1058 (C) series of 2017.