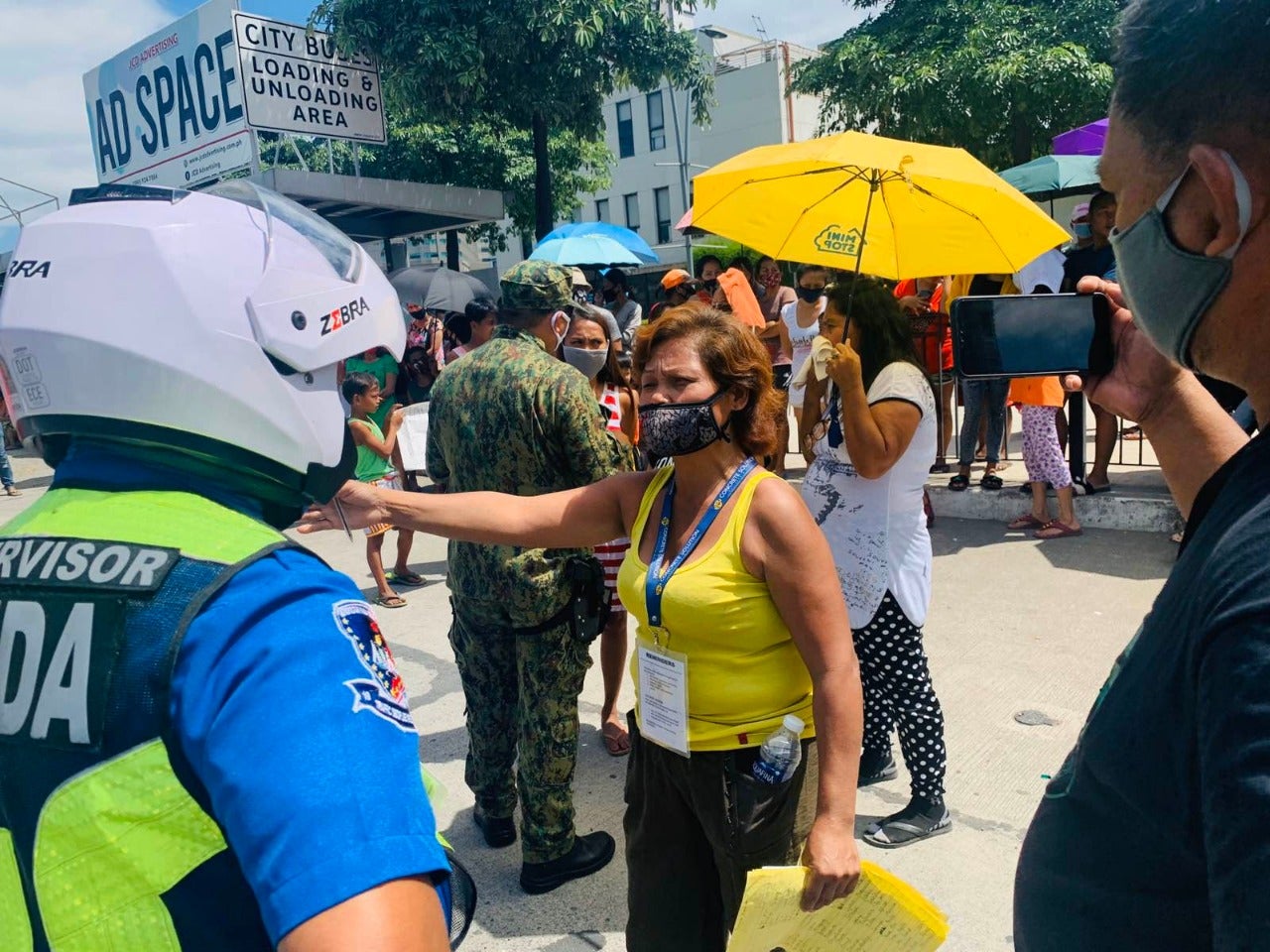 Members of the Samahan Ng Magkakapitbahay ng Barangay San Roque staged a protest along Edsa in Barangay Bagong Pag-Asa in Quezon City to demand food assistance from the government in the midst of the enhanced community quarantine. /QCPD PIO

MANILA, Philippines — A Quezon City trial court acquitted residents of Sitio San Roque who were arrested during a strict lockdown in April 2020 for holding a protest to demand food.

In an order issued last June 6, Quezon City Metropolitan Trial Court (MeTC) Branch 38 granted the demurrer to evidence filed by 19 of the 21 accused — two of the accused remain at large and have not been arraigned.

The grant of the demurrer, a motion to dismiss the case based on the prosecution’s insufficient evidence, equates to the acquittal of the accused.

Police arrested the said residents and filed charges for supposedly violating Section 9(e) of Republic Act No. 11332 for allegedly refusing to obey and cooperate with the orders of the National Government on the Enhanced Community Quarantine by conducting a mass gathering; and Section 13(a), of Batas Pambansa No. 880 because they conducted a rally or demonstration in EDSA, Quezon City without any written permit.

However, according to Judge John Boomsri Sy Rodolfo of the QC court, the residents were acting within their rights when they demanded food.

“As discussed above, the accused were acting within their rights when they went outside of their respective residents to plea for food,” said Rodolfo.

“Therefore, the police officers, at the time they confronted the accused and under the circumstances established in this case, cannot compel the latter to obey their directive to go home,” he added.

Meanwhile, the lawyers of the said residents from the National Union of Peoples’ Lawyers (NUPL) called the dismissal a “triumph” they share with the many others who “helped and empathized.”

“Political repression always thrives on fear and sheer might. But with the law in our favor, the people should always have the right to reason and resist. The decision by the Quezon City Metropolitan Trial Court Branch 38 gives us faith in the courts to correct grave inequities,” they said in a statement.

“Let this case not be remembered for the inhumanity of the Duterte administration’s grossly disproportionate and incongruent response to a public health problem; let it stand testament to the enduring spirit of bayanihan in each one of us,” they added.