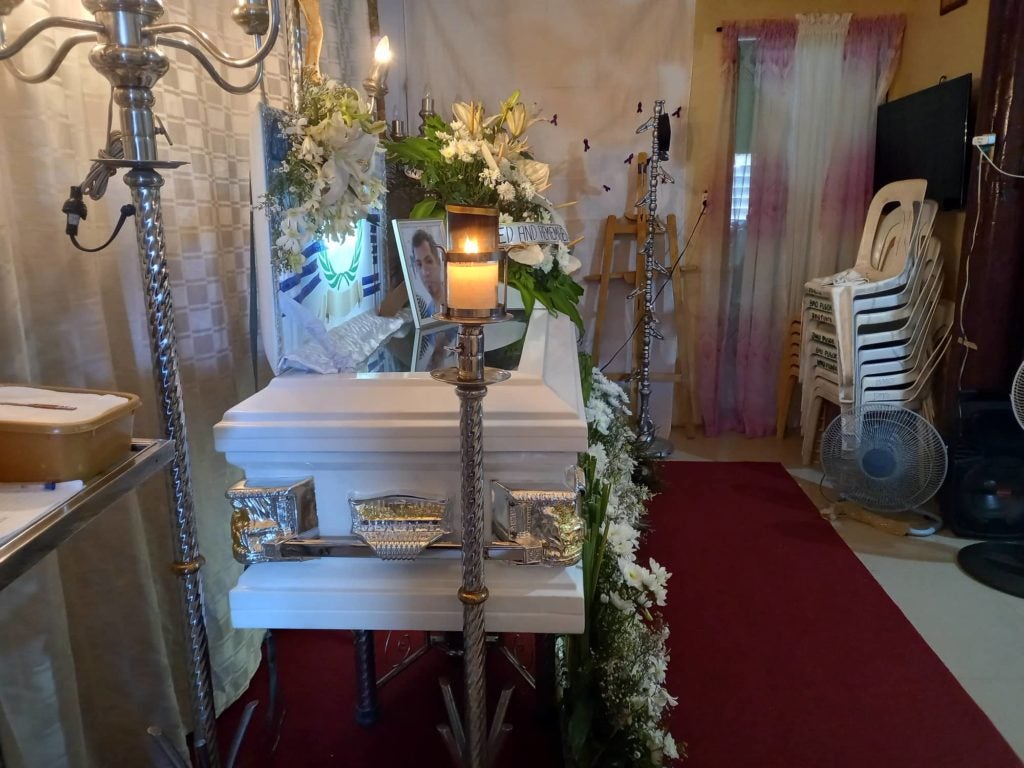 The wake of Stephen Corilla, the worker who was killed when he was sucked into a pulverizing machine of a food and beverage company operating in Mandaue City on June 2, 2022. CDN Digital photo | Mary Rose Sagarino

CEBU CITY, Philippines — The Department of Labor and Employment in Central Visayas (DOLE-7) has issued a temporary work stoppage order against a food and beverage company in Mandaue City after one of its workers died while cleaning its pulverizer machine.

Marites Mercado, chief of the Tri-City field office of the DOLE-7, on Wednesday, June 8, 2022, said they issued a work stoppage order against Universal Robina Corp. (URC) last Monday, June 6, for violation of safety protocols for its workers which resulted in the death of Stephen Corilla on June 2.

Corilla was killed when he was sucked into the pulverizing machine when it was accidentally turned on while he was still inside it.

Mercado said upon information of the said incident, DOLE-7 issued an inspection authority to its two labor inspectors to inspect the company’s factory and to conduct an Occupational Safety and Health investigation.

Mercado added that the work stoppage order will not be lifted until URC can submit the required documents which will then be subjected to validation by DOLE’s labor inspectors.

DOLE-7 also imposed a P100,000 fine against URC for violation of DOLE-7 department order 198-18 which is the implementing rules and regulations of Republic Act No. 11058 entitled “An Act Strengthening Compliance with Occupational Safety and Health Standards and Providing Penalties for Violations Thereof.”

She said among the findings of their inspectors is that the quarterly maintenance of the involved machine is “insufficient.”

She said the management of URC also informed them that it is conducting its own investigation of the incident.

She said they are also awaiting the result of this internal investigation.   /rcg