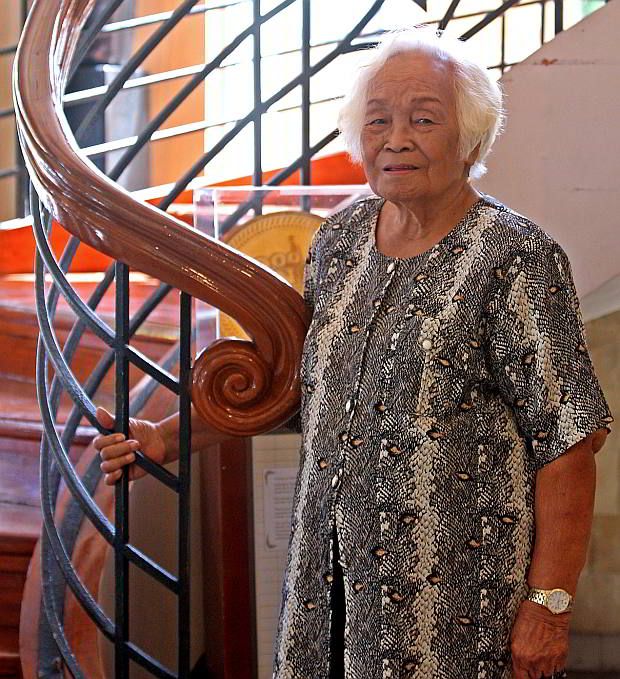 CEBU CITY, Philippines — A pillar in Cebu’s broadcasting industry has passed on.

According to former Cebu Daily News (CDN) Editor-in-Chief and Publisher, Eileen Mangubat, Vamenta would have turned 100 this August 21.

Considered as the first female broadcaster in the island province, Vamenta’s legacy paved the way for more women into the once male-dominated media industry.

Her fluency in both English and Cebuano languages led her to pursue a career in radio broadcasting. Vamenta’s first stint was in dyRC in 1947, making her the station’s first female radio announcer.

In 1954, Vamenta was a recipient of the Smith-Mundt Leader Grant in Radio and Television that allowed her to do a three-month observation tour in radio outlets in the United States.

When Martial Law was declared in 1972, dyRC was among the many media outlets forced to shut down and Vamenta turned to Time-Life book sales.

In 1977, she was invited to be part of dyLA where she stayed until her retirement, and eventually became a consultant for the station in 2001.

Vamenta was also one of the pioneering columnists of CDN for her weekly column ‘Concerned Bystander’.

Members of Cebu media took to social media to pay their respects and tributes to Vamenta.

“For Ginny, words used in the proper way were important.

She kept sharp with the daily crossword puzzle in the paper or filled up hobby booklets,” Mangubat said.

CDN Digital would also like to express its deepest gratitude to Maam Ginnie for her service and contribution. We extend our sympathies to her grieving family.