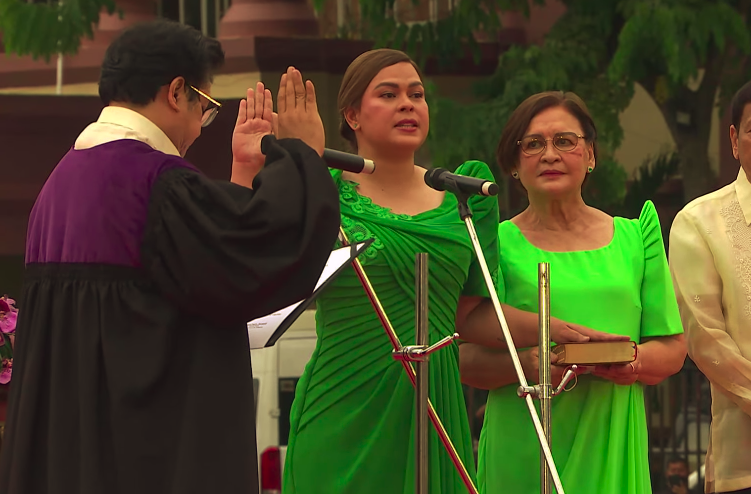 Sara Duterte takes her oath as vice president at the San Pedro Square in Davao City — her hometown, where she is the outgoing mayor.

Duterte’s inauguration took place at San Pedro Square in Davao City — her hometown, where she is the outgoing mayor.

Aside from being vice president, Duterte will also serve as education secretary under the incoming administration of Ferdinand “Bongbong” Marcos Jr., her running mate.

The incoming vice president will hold office at the Quezon City Reception House — where outgoing Vice President Leni Robredo held office — and at the Department of Education Central Office in Pasig City.

Duterte won as vice president after receiving over 32 million votes in the May 9 elections.

Duterte, a lawyer, is Davao City’s first woman mayor and the youngest to have been elected to the post in the political history of the city.