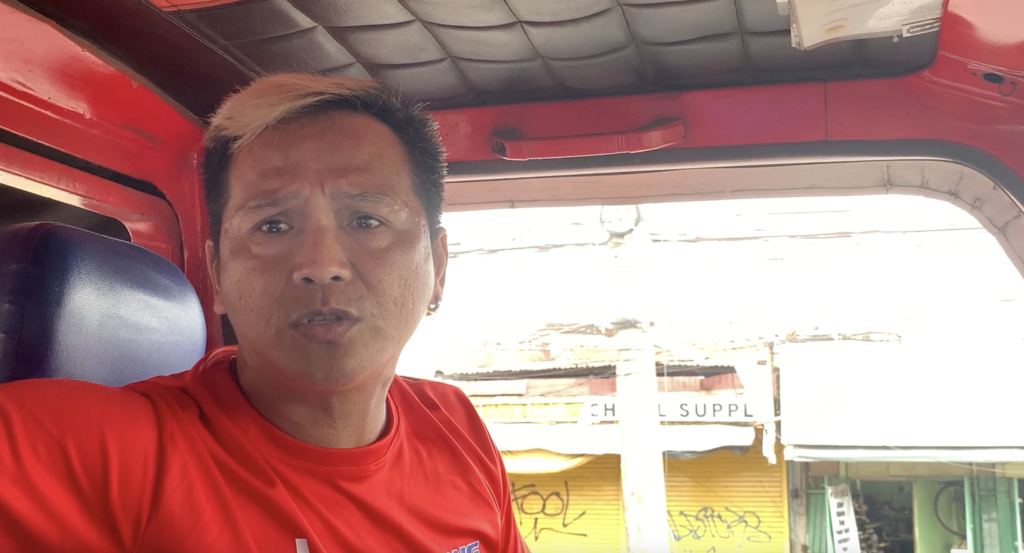 CEBU CITY, Philippines – Before, Albert Bercoso, a jeepney driver here, would bring home at least P1,000 per day so his family of seven could meet their needs and even buy a few things they want.

Now, the 45-year-old driver can barely scrape P300 in a day as fuel prices continue to soar, a heavy burden for public utility vehicle (PUVs) drivers like Albert, who hit the roads on a daily basis in order to put food on the table.

In his two decades as a jeepney driver, Albert has never seen fuel prices going this high. The latest round of oil price hike was implemented last June 28.

To cushion this impact, the government, through the Land Transportation Franchising and Regulatory Board (LTFRB), imposed a P2 hike on all PUV fares nationwide. In turn, the new minimum fare will be increased from P9 to P11.

But for Albert, the P2 increase in passenger fare was still not enough to keep up with the fuel costs, which are now on the brink of hitting the P100-per-liter mark.

For him, a minimum fare of P15 would be sufficient. However, he admitted that having a P15 minimum fare would also hurt the riding public.

Albert has five children, two of whom are currently in college. A third is set to start his first year in college this August.

He has been relying on his Elf-truck-turned-into-PUV for 20 years to help his wife, a hairdresser, and their five children. The family resides in Brgy. Pardo, Cebu City.

Albert has been plying the roads that link Brgy. Bulacao, the southernmost village of Cebu City’s urban area, and North Reclamation Area in the north.

Back in the day, fuel for his vehicle would only cost him at most P800 per day. Now, he needs to earn at least P2,000 daily to cover fuel costs, a roughly 150-percent increase.

Despite these hardships, Albert is still behind the wheel, ferrying passengers to their destinations which his routes covered, and hoping that fuel prices will level off, and decrease, in the coming weeks.

By: Dale Rosal
Faces of Cebu