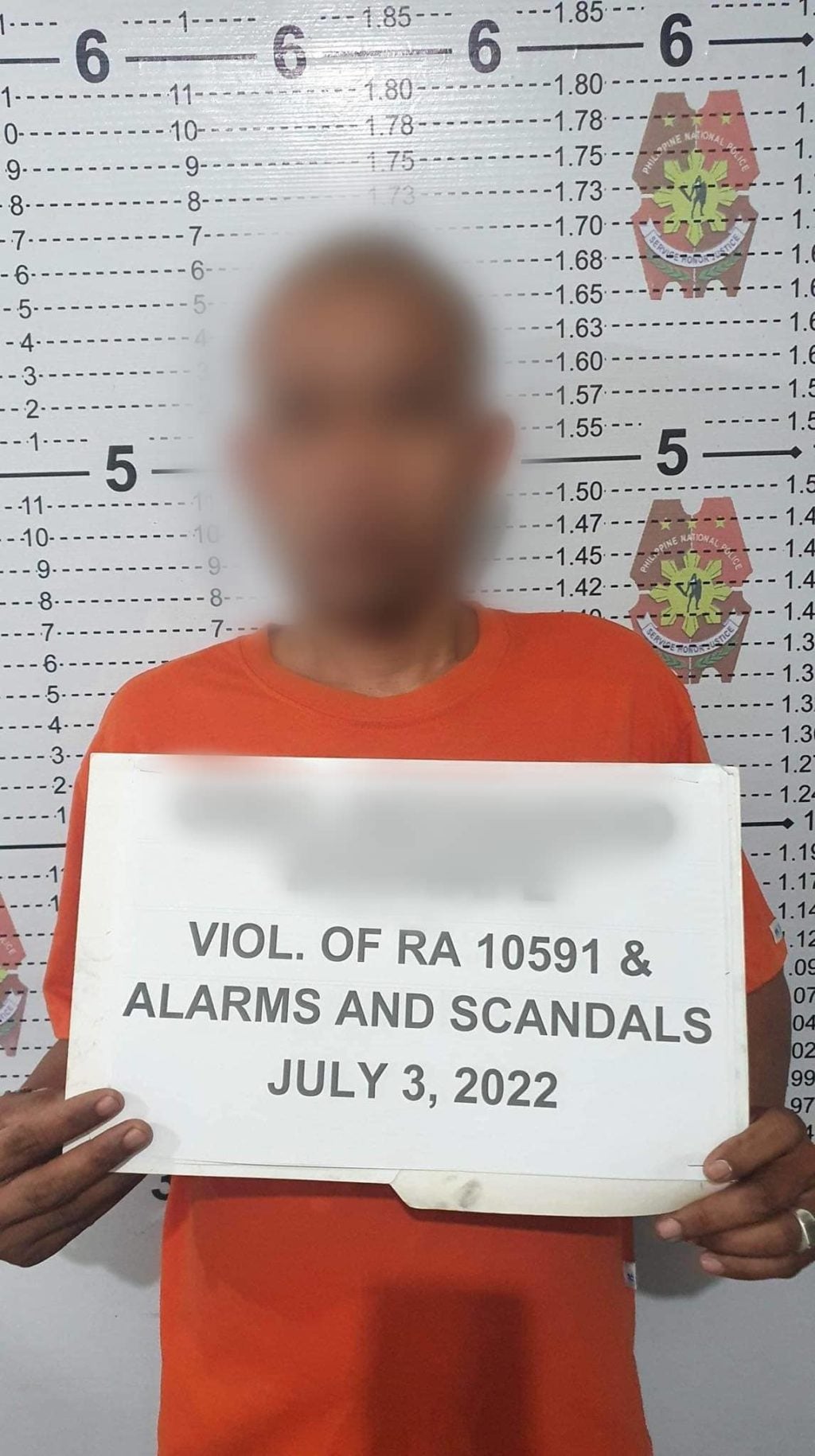 A 43-year-old man was nabbed after he caused trouble in a vigil past 3 a.m. on Sunday, July 3, 2022, in Sitio Kamuning, Barangay Poblacion, Carmen town. | Photo courtesy of Carmen PS

CEBU CITY, Philippines — A 43-year-old man was nabbed after he allegedly brandished his firearm toward those who were attending a vigil past 3 a.m. on Sunday, July 3, 2022, in Sitio Kamuning, Barangay Poblacion, Carmen town, Cebu.

Bernardo Gibo, a resident of Sitio Puti, Barangay Hagnaya in Carmen was caught in the act of possessing and brandishing his fully loaded .45 pistol toward individuals who were having a vigil at the wake of a departed relative of a certain Romel Lubiano in Barangay Poblacion.

Being under the influence of liquor was what police believed triggered Gibo and caused alarm in the said barangay, said Police Major Eric Gingoyon, chief of Carmen Police Station.

However, Gingoyon said that he already told his personnel to interrogate the suspect again to know if there are any possible reasons why he acted that way. He said police were not able to converse with the suspect right after he was arrested.

Gingoyon said that based on the information that he has, the suspect reportedly owned this firearm for 15 years already.

Gingoyon said that they seldom arrest individuals who possess unlicensed firearms in their area. However, they mostly receive surrendered firearms from their constituents.

He further said that the common reason why individuals opt to keep unlicensed firearms, particularly those who are living in hinterland areas of Carmen, is because of self defense.

With this, Gingoyon said that they will again intensify their campaign and information dissemination on illegal possession of firearms in their community.