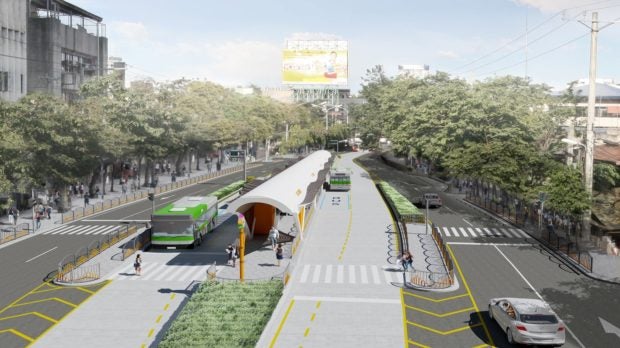 CEBU CITY, Philippines – The fate of the long overdue Cebu Bus Rapid Transit (BRT) remains in limbo nearly a decade after it was granted multi-million dollar loans to fund its construction.

The World Bank, in a recently disclosed report, flagged the project anew due to its sluggish progress.

In its Implementation Status and Results Report dated June 27, 2022, World Bank pointed out that the Department of Transportation’s (DOTr) lack of budget for the Cebu BRT ‘negatively affected’ its progress.

“Project implementation progress has been negatively affected due to the lack of budget. DOTr would need to secure necessary budget cover to move forward with key project activities,” portions of the six-page report stated.

DOTr is the lead implementing agency for the Cebu BRT, a project that costs around P17 billion.

Their latest status report on the Cebu BRT was made a few days before they announced that the Philippine government agreed to scrap its plans to put up a similar BRT project in the National Capital Region (NCR).

Both project updates came at a time when the riding public continues to struggle in their daily commute.

BRT systems are bus-based public transports, and are often compared to trains and other rail-based transport systems. BRTs have dedicated lanes and designed to carry over 100 passengers in a single trip, just like trains.

In 2014, the World Bank, one of the world’s largest financial institutions that grants capital for big-ticket projects in developing nations, agreed to fund the Cebu BRT by signing off loans signed off loans amounting to a total of US $140 million.

As of June 27, they reported that only 19 percent of the original US $114 million-loan has been disbursed.

The Cebu BRT was initially designed to ferry commuters in Cebu City, from Barangay Bulacao in the south to Barangay Talamban in the north.

DOTr, however, changed its routes due to various reasons, which included ‘narrow roads’ which, they claimed, made the project inviable.

In 2020, they introduced the Cebu Interim Bus Service (Cibus) whose purpose was to mimic the routes of the BRT.

Presently, construction for the BRT’s depot and stations are ongoing with the earth-balling of more than 200 trees found along the routes it covered. / with reports from the Philippine Daily Inquirer