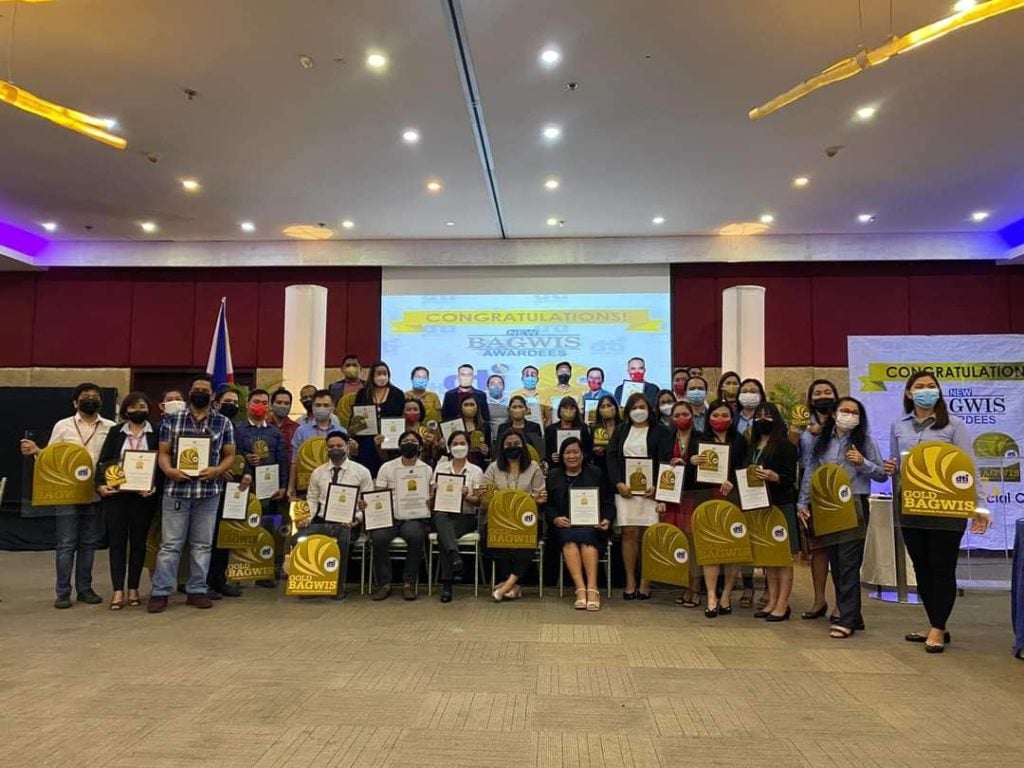 The Department of Trade and Industry in Central Visayas has awarded 30 establishments in Cebu the Bagwis Award today in a hotel in Cebu City. | Futch Anthony Inso

LAPU-LAPU CITY, Philippines — Thirty establishments in Cebu were received Gold Bagwis Awards given by the Department of Trade and Industry (DTI)-Cebu Province on Tuesday, July 5, 2022, in a hotel in Cebu City.

These establishments were involved in the business of department stores, supermarkets, and service/repair shops.

Esperanza Melgar, assistant regional director of DTI-7, said that they were recognized for their efforts in upholding the rights and welfare of consumers and the practice of responsible business amidst the pandemic.

Of the 30 establishments, 25 were new awardees while 5 were reassessed for their continuous compliance.

The recognition will last for three years, then afterward, they will be re-evaluated by the agency if they maintained their compliance with these criteria.

She said that since the start of the Bagwis Awards in 2006, 168 establishments had already received the award.

Establishments were given a marker as proof of their compliance with consumer laws.

Among the recipient of the Bagwis Awards was the Philippine Seven Corp., which manages the 7/11 convenience stores in the country.

Osmeño Faner, marketing support and consumer relations specialist of Philippine Seven Corp., said that the award would give confidence to consumers to continue to patronize their stores.