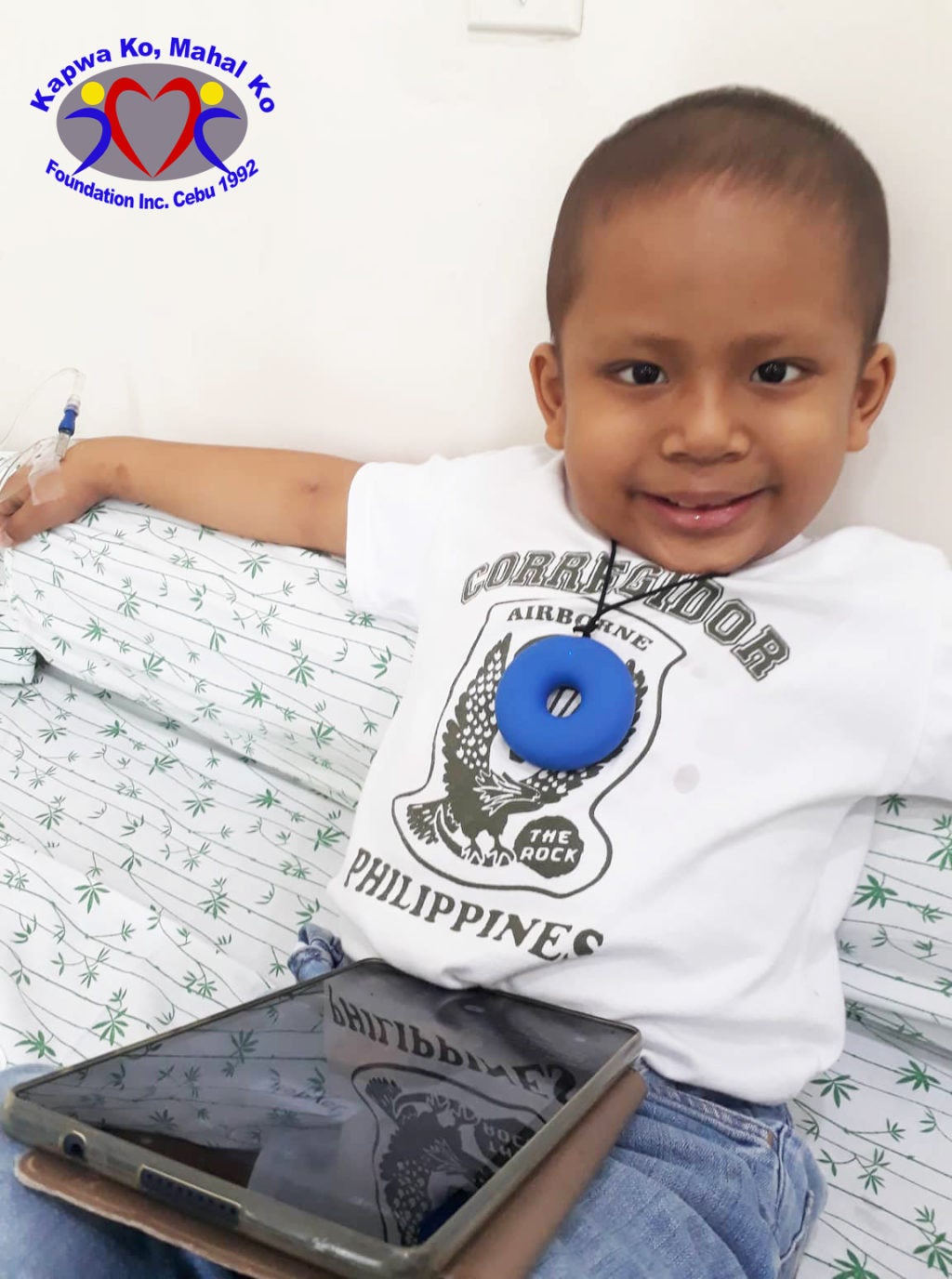 A six-year-old boy from Brgy. San Jose, Catmon, Cebu is truly in dire need of urgent financial help as he pushes his battle against the big C.

Josh Niño Macopia was diagnosed with Acute Lymphoblastic Leukemia in March 2017. One month prior to his diagnosis, symptoms of disease began to appear. He was experiencing recurring fever, unusual paleness, and increased abdominal size. He was also irritable and has difficulty walking. These distressing symptoms prompted his parents to seek medical help. After consultation, his doctor prescribed anti-infectives but the fever persisted. He was then referred to a specialist in Cebu City. Consequently, laboratory and diagnostic tests were performed such as complete blood count and bone marrow aspiration to determine his condition. The results revealed decreased blood counts as evidenced by body weakness, pallor, and pinpoint spots on his skin. The results also confirmed that he has Acute Lymphoblastic Leukemia (ALL), a type of cancer of the blood which commonly affects children. This disease is characterized by an abnormal increase in the production of immature lymphocytes in the bone marrow. Despite the debilitating effects of this disease, there is a high chance of cure for children who are treated promptly with intensive chemotherapy.

Josh Niño’s chemotherapy began after his diagnosis. For the purpose of achieving complete healing, a three-year treatment protocol was prescribed by his attending hematologist-oncologist. Children with this type of cancer face seemingly insurmountable challenges and experienced highs and lows during their long treatment. In August 2020, he successfully completed his chemotherapy. But suddenly, four months after exiting chemotherapy in December 2020, he manifested fever, cough, colds, frequent headaches, and difficulty walking. These symptoms alarmed them. After consultation with his attending physician and laboratory tests, he was diagnosed in January 2021 with Relapsed ALL which refers to the return of leukemic cells in patients who have already undergone treatment for the disease. Because of that, Josh Niño had to go through another round of chemotherapy. Currently, he is in the maintenance phase of his treatment with chemotherapy sessions every week. The expenses of his chemotherapy with laboratory workups and medical procedures are sky-high. The estimated cost can reach up to P30,000 every week. Just recently, his attending physician prescribed radiation therapy that he had to undergo in 12 sessions. This will also cost them around P73,000.

“Jojosh,” as he is fondly called by his family, is a kindhearted and sweet boy. He is also very thoughtful as he always thinks for the good of his family. Even at his young age, he exhibits faith and courage by being genuinely prayerful. He also loves to play with his siblings and cousins. Moreover, he also likes to write letters and the alphabet. He wants to become an engineer someday. As the eldest of the two siblings, he is deeply loved by his parents. When asked about her wish for Josh Niño, his mother said, “I wish for complete healing from his disease so that he can achieve all his ambitions in life. On top of that, I also pray that he will grow up with God as the center of his life.” His father and mother are both working but their combined income is not enough to address the medical needs of Jojosh who is on his repeat chemotherapy. The costly nature and long duration of the treatment had immensely strained them and depleted their finances. Indeed, they are really in need of help. Hence, in order to save Josh Niño’s life and sustain his ongoing treatment, his parents are earnestly appealing for financial assistance from generous individuals who have the heart to share their blessings.