Ship catches fire off the coast of Lapu-Lapu, two hurt 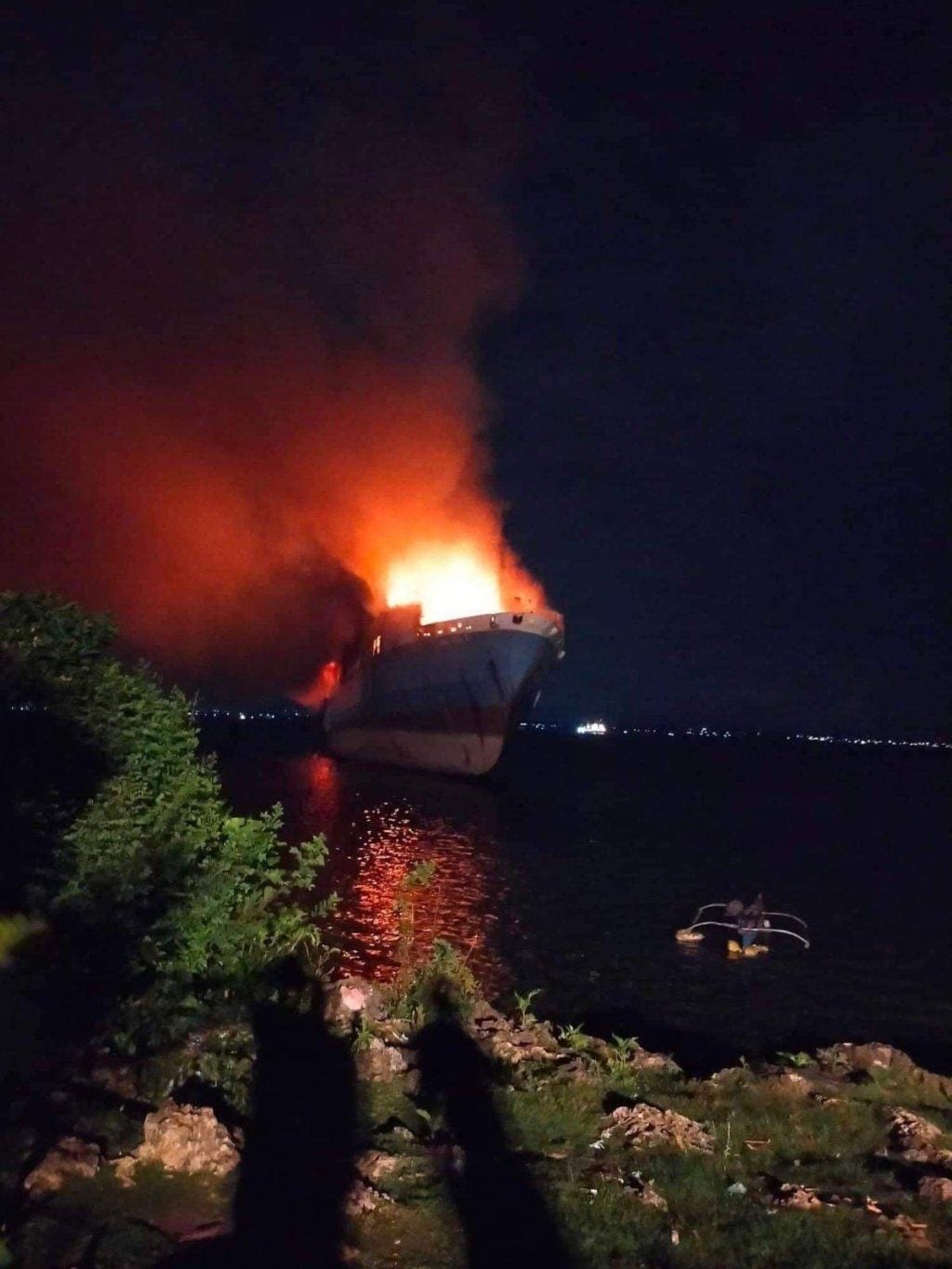 Two out crew members of a ship, which has caught fire off the seas of Barangay Punta Engaño, Lapu-Lapu City, were injured on Saturday dawn, July 16, 2022. They were brought to the hospital for treatment. | Photo courtesy of PCG-7 via Pegeen Maisie Sararaña

CEBU CITY, Philippines — Two members of a ship crew got hurt after the ship they were on caught fire off the seas of Barangay Punta Engaño, Lapu-Lapu City early morning today, July 16, 2022.

Alburo said the Narte and Cabahug were among eight members of the crew of Trans Asia 1, which ran aground at the height of Typhoon Odette last December 2021, a hundred meters away from the the coastline of Sitio Lupa, Barangay Punta Engaño.

Lieutenant Junior Grade (LTJG) Krysta Bergantin, spokesperson of Philippine Coast Guard in Central Visayas (PCG-7), for her part, said that the ship had eight crewmembers and a security guard when the fire hit the ship.

Alburo also said that the two hurt crewmembers were brought to the hospital for treatment while all the others on the burning ship were safely rescued by the Lapu-Lapu Rescue team.

The Trans-Asia Shipping Lines, Inc., has also released their statement on Saturday morning, July 16, 2022, about the fire incident that affected their non-trading vessel, M/V Trans-Asia 1 (TA1).

The shipping firm further stated that they were currently evaluating the extent of the damage of the fire so as with its possible recoveries.

Meanwhile, Fire Senior Inspector Alburo said initial reports showed that the ship had been undergoing repairs and anchored off the seas of Punta Engaño since 2019 and was pushed nearer to shore by the strong winds of Typhoon Odette in December 2021.

Alburo said that the fire on the ship, which was owned by Trans Asia Shipping Lines Inc., was reported at 1:42 a.m. today and was put out at least four hours later or at 5:45 a.m.

He said that the Lapu-Lapu City Fire Office was still investigating the cause of the fire.

Bergantin of PCG-7 also said that they were also conducting their own investigation on the cause of the fire on the ship.

Read Next
Sto. Niño Chapel: A story of Cebuanos’ firm faith and hope