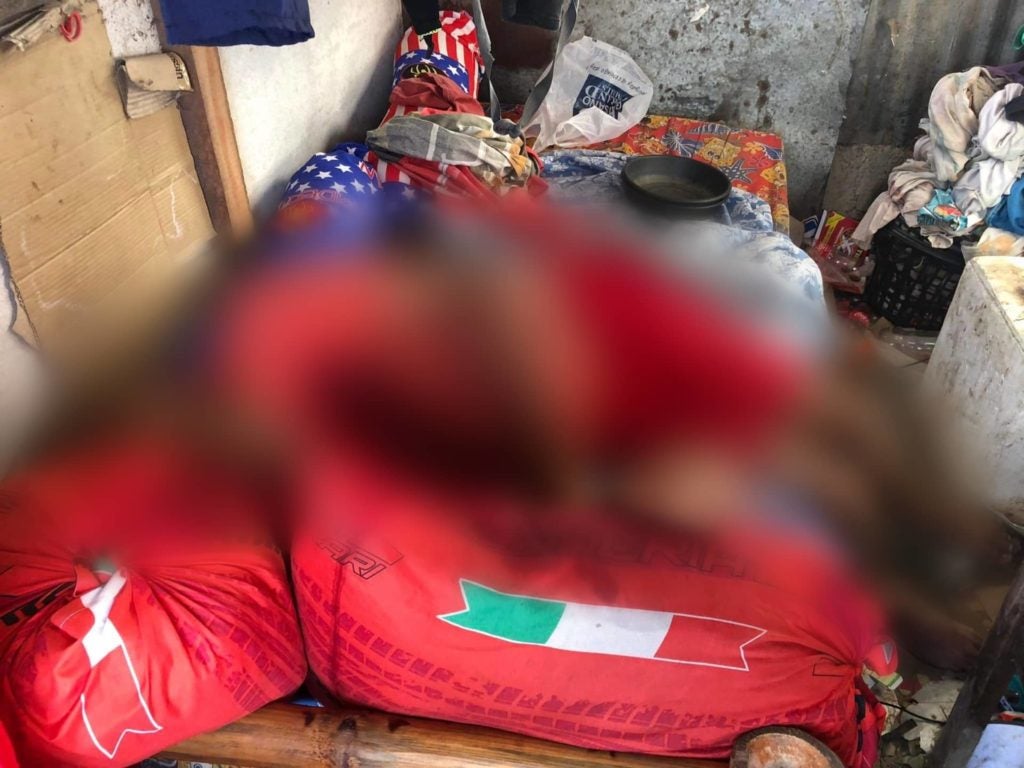 A Person With Disability (PWD) was gunned down by a still unidentified perpetrator in Barangay Lower Lipata in Minglanilla, on Saturday morning, July 23, 2022. | Minglanilla PS

CEBU CITY, Philippines — The Minglanilla police are still trying to establish the identity of the gunman who killed a Person With Disability (PWD) who was sitting inside a family-owned sari-sari store past 7 a.m. on Saturday, July 23, 2022, in Sitio Fatima, Barangay Lower Lipataa of the said town.

Police Major Albart Tare, officer-in-charge of the Minglanilla Police Station, identified the victim as Andrin Llamas, 35, a resident of the said sitio.

Based on their initial investigation, Tare said that the suspect shot the victim, who was sitting inside their sari-sari store, at that time, several times using a .45 pistol. The victim sustained gunshot wounds in the different parts of his body.

The suspect allegedly escaped onboard his motorcycle.

Police, however, still have no information about what particular body parts the victim was hit, pending results from the Scene of the Crime Operatives (SOCO).

Police recovered three empty shells of .45 caliber pistol and one fired bullet of the same caliber at the crime scene.

Tare added that police investigators are considering the victim’s illness as possible motive in hiskilling.

According to the parents, the victim was diagnosed with Kleptomania.

According to the police, just two weeks ago, Llamas allegedly took P30,000 in cash from a complainant who is  a resident of Barangay Lawaan III. The case was amicably settled.

Kleptomania, according to Google, is the recurrent inability to resist urges to steal, usually, items of little or no value.

However, some witnesses, at that time, claimed hearing one of the companions of the complainant threaten the victim and his family by saying “Kontrola nang imong anak nang! Kay og motaak nag Lawaan, Talisay og balik, naa gyud hayaon.”

Minglanilla police are still conducting follow-up operations against the suspect who remains at large as of this posting.