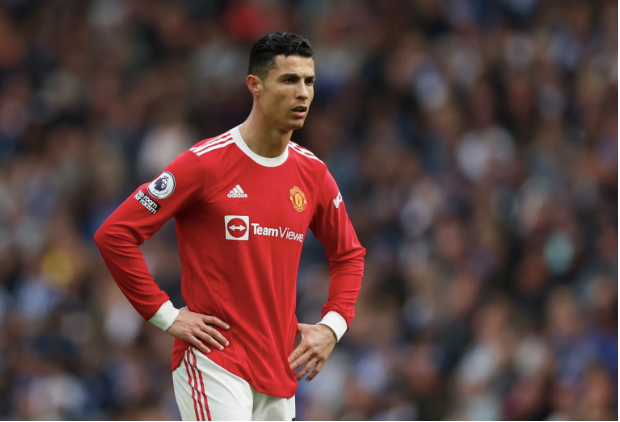 Cristiano Ronaldo faces an uncertain future after the Manchester United striker’s attempt to force his way out of Old Trafford failed to spark the expected rush for his signature.

The Portugal superstar shocked United earlier this month with his bombshell exit request after the team’s failure to qualify for the Champions League.

Ronaldo would have anticipated a host of top clubs jostling to sign him.

But for the first time in his glittering career he is no longer a must-have item for Europe’s wealthy elite as Chelsea, Bayern Munich, Barcelona and Paris Saint-Germain all appear to have turned their backs on the forward.

Concerns over Ronaldo’s declining work-rate and his notoriously demanding personality have left the 37-year-old in limbo.

Chelsea co-owner Todd Boehly was reported to have spoken to Ronaldo’s agent Jorge Mendes about a deal to mark the new era at Stamford Bridge.

But Blues boss Thomas Tuchel is believed to have concerns about trying to integrate Ronaldo into his plans for a fluid front three after signing Raheem Sterling from Manchester City.

“We focused on our top target Raheem Sterling who we signed and everything else stays behind closed doors,” Tuchel said when asked about Ronaldo.

Selling Robert Lewandowski to Barcelona could have created space for Ronaldo at Bayern, but the German champions’ CEO Oliver Kahn poured cold water on that idea.

“As highly as I rate Cristiano Ronaldo as one of the greatest, a transfer wouldn’t be a fit with our philosophy,” he said.

“I love Cristiano Ronaldo and everyone knows how fantastic he is. But every club has a certain philosophy and I’m not sure if it would be the right thing for Bayern and the Bundesliga if we signed him now.”

United manager Erik ten Hag has repeatedly stated the club’s public position that Ronaldo is “not for sale”.

Yet, although Ronaldo finished as United’s top scorer last season, there is a growing sense in Manchester that his departure could benefit Ten Hag’s chances of building a side more suited to the style he created at Ajax.

United has flourished without Ronaldo on a pre-season tour of Asia and Australia, scoring 11 goals in victories over Liverpool, Melbourne Victory and Crystal Palace. 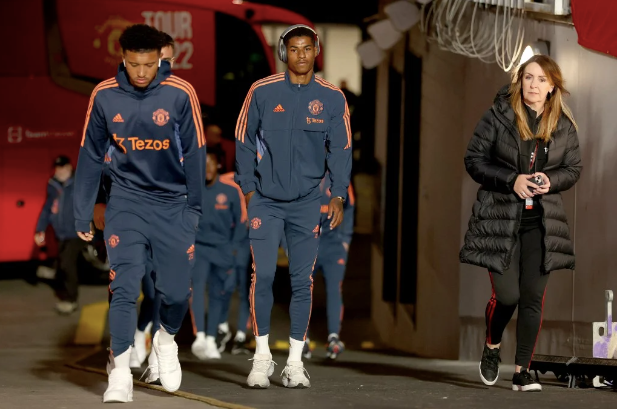 Jadon Sancho (L) and Marcus Rashford of Manchester United arrive ahead of an exhibition football match against Melbourne Victory at the Melbourne Cricket Ground on July 15, 2022, in Melbourne. (Photo by Martin KEEP / AFP)

A dynamic front three of Marcus Rashford, Anthony Martial and Jadon Sancho has shown what they are capable of.

All three of those players struggled last season after Ronaldo’s arrival changed the style of a United side that had finished second in the Premier League the season before.

Ronaldo’s time at Juventus also coincided with a decline in European results for the Italian giants, despite his goalscoring record of 101 goals in 134 games.

After witnessing two European giants struggle to accommodate the aging five-time Ballon d’Or winner, there are few takers for the veteran goal-scorer.

Ronaldo’s iconic status at United, established in his trophy-laden first spell with the club, has also lost some of its luster.

Andy Mitten, journalist and editor of the United We Stand fanzine, said: “His arrival was sprung on United at the last minute and the team which had finished third and second had to rip up their tactics and start again.

“They don’t see Ronaldo as United’s future and there are plenty of fans who’d go along with that.”

United’s rivals Manchester City, who won the race for Borussia Dortmund’s Erling Haaland, and Liverpool, who spent a fee that could rise to 100 million euros ($102 million) on Benfica’s Darwin Nunez, both opted to sign younger forwards just entering their prime.

A return to Real Madrid, where Ronaldo starred from 2009 to 2018, seems unlikely given Karim Benzema’s brilliant displays in their Champions League and La Liga-winning campaign last season.

Even PSG, habitual collectors of football’s marquee names, seem to be out of the running.

A switch to Real’s rivals Atletico Madrid remains a possibility, but with his options dwindling, Ronaldo may have to swallow his pride and stay at Old Trafford.

If that is too much for his ego to take, one last payday in the United States or Saudi Arabia could loom as definitive evidence of Ronaldo’s decline.

Read Next
Mayor Cortes to 53 couples in mass wedding: Pray, persevere and be patient with each other