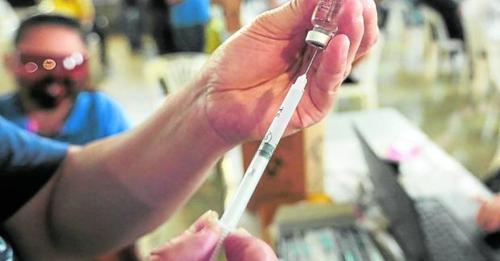 CEBU CITY, Philippines – In line with the new administration’s goals, the Department of Health in Central Visayas (DOH-7) has ramped up its efforts in administering COVID-19 booster shots in the region.

During a press conference on Tuesday, July 26, DOH-7 unveiled the new guidelines for the national government’s COVID-19 vaccination drive, which remains a priority under President Ferdinand “Bongbong” Marcos Jr.’s administration.

This time, health officials will be determining their targets according to age groups instead of the sub-priority groups previously implemented.

“With the new administration’s directions, our target has shifted from the different priority groups to per age group segregation,” said Dr. Van Philip Baton, Program Manager of DOH-7’s Emerging and Re-emerging Infectious Diseases.

Earlier, the DOH, under the administration of former President Rodrigo Duterte, rolled out its COVID-19 vaccine drives according to “sub-priority groups” with healthcare and hospital workers leading the queue.

Baton said they will be focusing their efforts on administering booster doses to individuals aged 12 to 59 years old in the coming months.

In fact, the regional health office launched its PinasLakas Ceremonial Launch in Central Visayas in Naga City, Cebu to encourage the public to get their booster dose.

DOH-7, and all of their counterparts in different regions, were given until October 8 to inoculate 90 percent of the senior citizens, and make sure that 50 percent of the general population, aged 12 to 59 years old, already received their first booster shot.

In Central Visayas, this means that they still need to administer the two primary COVID-19 vaccination shots to 196,816 elderlies on or before October 8.

For the first booster dose, Baton said, they still need to inoculate around 2 million individuals belonging to the age group 12 to 59 years old.

“This is a daunting task in having this very big challenge delivered… but it’s not only for Central Visayas,” said Baton.

As F2F classes loom, DOH-7 urges parents to get their kids vaxed vs COVID