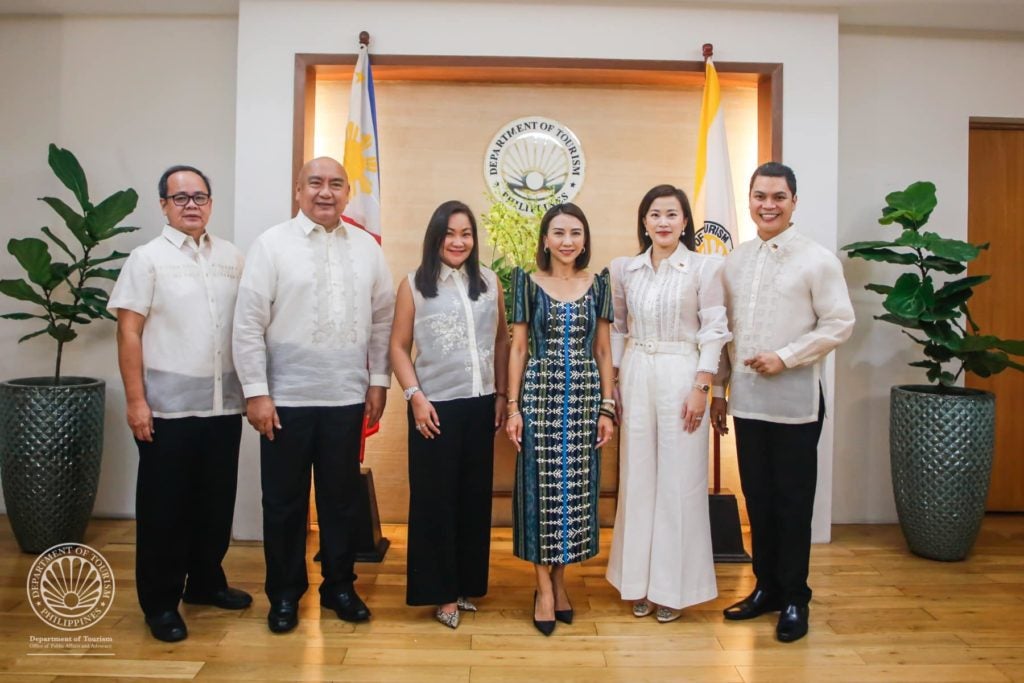 These are the new Department of Tourism (DOT) undersecretaries who took their oath of office last July 26, 2022 with Tourism Secretary Christina Frasco (third from right). | Photo by DOT, via Elaine Bathan FB

CEBU CITY, Philippines — Three former local executives in Cebu are now part of the new administration of the Department of Tourism (DOT) which is headed by Sec. Christina Frasco.

Conopio is the Tourism department’s new Director. In a post on his official Facebook account, Conopio thanked Secretary Frasco ‘for her trust and confidence.’ He also said he was looking forward to his new role in the government.

“As your public servant, I am committed to supporting the Secretary’s goal of furthering the economic growth of the Philippines through tourism. For the betterment of my fellow Filipino people, and likewise for the rest of our beautiful country,” said Conopio.

Conopio was the provincial government’s Chief Protocol Officer during Gov. Gwendolyn Garcia’s first, three terms at the Capitol, from 2004 until 2013.

Bathan, in a separate post on social media, revealed she was appointed as DOT’s new Chief of Staff.

“I am honored to join Secretary Christina in the Department of Tourism as Undersecretary and Chief of Staff,” said Bathan.

“I have waited for the right time to make this formal announcement to everyone, but I want you all to know that I have been overwhelmed with joy by your greetings. Thank you very much,” she added.

Aside from being the former President of IBP-Cebu City, Bathan previously served as the Chief of Staff of former Mandaue City Mayor Luigi Quisumbing.

She was also the Dean of the University of San Jose -Recoletos’ (USJR) College of Law.

(I am so grateful because we have another Bisaya that we can easily call for help who really has a vision of development for tourism in our province.)