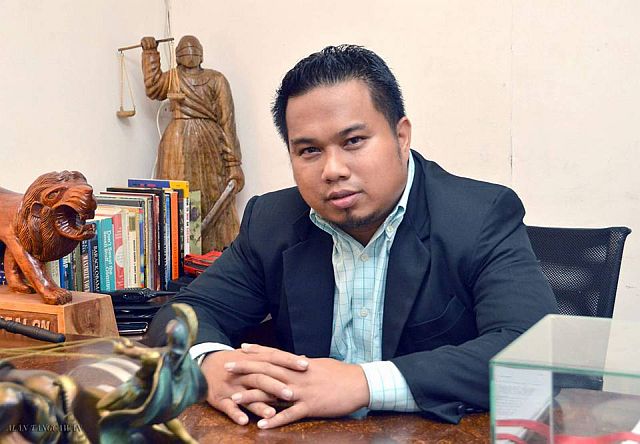 CEBU CITY, Philippines — Cebu City Councilor Lawyer Rey Gealon has called for the operationalization of the City’s Persons with Disabilities Affairs Office (PDAO) and other ordinance that seeks to establish home care support services to indigent persons with disabilities (PWDs) in the City.

Last Wednesday, July 27, 2022, during the City Council’s regular session, Gealon, in a privilege speech, addressed a few city ordinances that were approved years ago and that were supposed to promote advantages for PWDs in the city but were never put into effect.

Gealon’s motion was then carried by the Council after it was seconded by Councilor Franklin Ong.

Gealon’s speech was in time for the recently concluded 44th National Disability Prevention and Rehabilitation Week, which he said, was an occasion aimed to celebrate the supposed gains of Republic Act 7277 or the “Magna Carta for Disabled Persons.”

“I rise to speak on behalf of more than 16,000 PWDs who are among our constituency, guided by the continuing cry for social justice encapsulated in the tenet: “Those who have less in life must have more in law.” May I humbly ask, what have PWDs substantially and significantly gained since the Magna Carta’s inception over 30 years ago?” Gealon said in his privilege speech.

Section 5 of the Magna Carta for the PWD mandates equal opportunity for employment as it provides that five percent of all casual, emergency, and contractual positions in the Department of Social Welfare and Development (DSWD), Department of Health (DOH), and Department of Education (DepEd), and other government agencies, offices, or corporations, engaged in social development, shall be reserved for disabled persons.

Gealon made mention of the plight of a certain Jojo Pimentel, a city government employee and an advocate of PWD rights in the City, who, he said, had been “clamoring for the longest time the rightful representation” of PWDs in the City’s policy formulation through an office devoted exclusively for them.

Gealon said there was supposed to be an office solely devoted for PWDs, but it had not been operationalized.

Gealon said the 13th City Council was, somehow, able to bridge the gap, when it enacted, in March 2016, the City Ordinance 2456, which grants P12,000 annual financial assistance to qualified PWDs.

Three amending ordinances were also passed relating to some of its provisions but, he said, the amount of the assistance remained the same.

“The PWD agenda must be embedded in the policy of this administration, perhaps, a direction for the Human Resource and Development Office to engage the services of PWDs or employ them at the City Health Department and Local Health Board or the Department of Social Welfare Services being counterpart offices directed by the Magna Carta itself.” Gealon told the Council.

Gealon also moved for the operationalization of City Ordinance 2610, enacted in March 2021, which, he said, was supposed to establish home care support services to indigent PWDs.

The City Ordinance mandates the creation of Barangay Home Care Service Support Committee across Cebu City’s 80 barangays, but none, as of now, had been realized, he said.

“I have no doubt in my mind that we will be making strides if we can only implement these existing ordinances for the PWD sector,” he said.

At last, a law giving PWDs more access to education