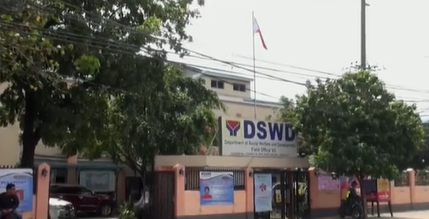 CEBU CITY, Philippines — The Department of Social Welfare and Development in Central Visayas (DSWD-7) said a total of 17,106 beneficiaries of the Pantawid Pamilyang Pilipino Program (4Ps) have been delisted from the program as of August 2, 2022.

In a media forum on Tuesday, August 2, DSWD-7 information officer Leah Quintana, said there are various grounds for a 4Ps member to be removed from the program.

These include non-compliance to the conditionalities of the program, such as completing required attendance of the beneficiaries’ children to school, heeding the government’s vaccination programs, and complying with the program’s monthly Financial Development Session (FDS.)

“(Another is) they moved out of the area without notice. Kay supposedly if they transfer to another area, dapat mo report unta na sila sa atong staff sa area kung asa sila nibalhin para ma record sila nga they transferred from one municipality to another or one province or region to another,” she said.

4Ps beneficiaries told to update information to avoid getting delisted

Other 4Ps members were also delisted because they no longer have children attending school, she said.

Moreover, Quintana said that some already graduated from the program after being assessed as already “self-sufficient households.”

Based on their latest records, she said, a total of 374 program beneficiaries have graduated from the program for 2022 alone.

Quintana also said that the replacement for these delisted beneficiaries will come from the identified poor households in the agency’s Listahan 3.

“Even if you are poor, but wala kay zero to 18 nga anak, dili ka ma member sa 4Ps. Pwede ka mo avail sa laing programs of the department,” she said.

4Ps is a poverty-reduction program of the government, which invests in the health, nutrition, and education of members of low-income households. Along with the psychosocial and educational components of the Family Development Sessions (FDS), the government hopes to improve and sustain the well-being of the beneficiaries.   /rcg