CLOSE
SPORTS
‘Race For Our Heroes’ 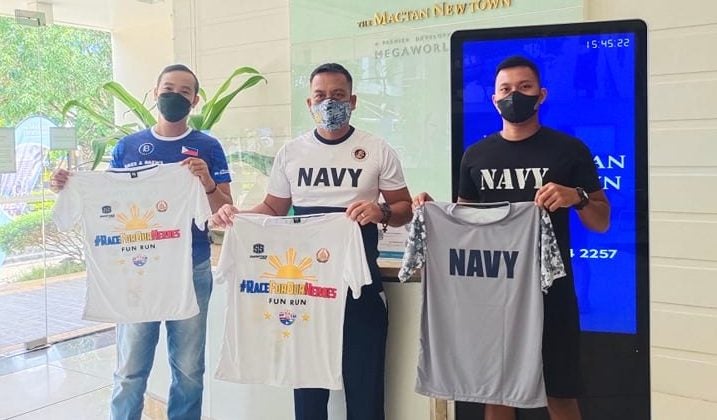 Photo caption: Representatives from the Philippine Navy show the race singlet for Friday’s Race For Our Heroes at the Mactan Newtown. | Contributed Photo

CEBU CITY, Philippines—A fund-raising non-competitive running event dubbed  “Race For Our Heroes” will be held at the Mactan Newtown on Friday, August 5, 2022, just days before the Cebu IronMan 70.3 Philippines.

Over a thousand runners are expected to answer the starting gun in the running event which features a 1-kilometer and 3 km distance.

The race aims to raise funds for the fallen soldiers of the Armed Forces of the Philippines (AFP).

The funds will be turned over to the beneficiary, the family of Petty Officer 3 Jose Audrey Bañares of the Philippine Navy, who was killed in action during the Zamboanga Siege in 2013.

The turnover will take place on August 7.