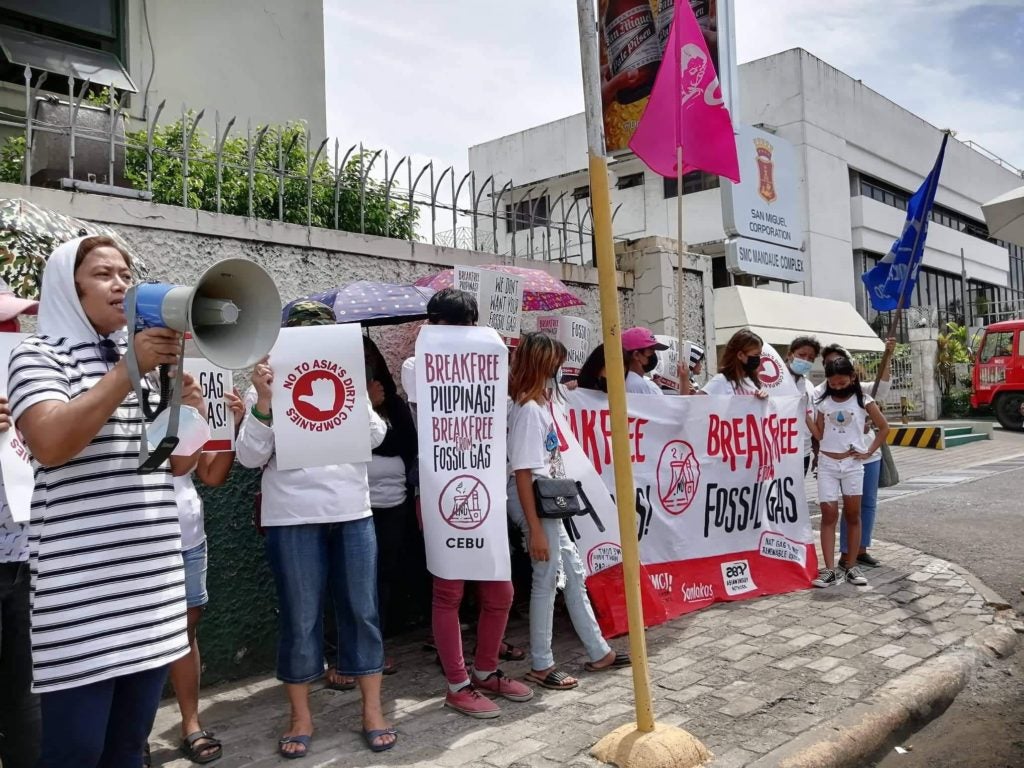 LAPU-LAPU CITY, Philippines – A company that is planning to built a liquefied natural gas (LNG) power plant in Barangays Poblacion and Looc in Lapu-Lapu City has requested for the cancellation of its application for an Environment Compliance Certificate (ECC).

With this development, the Environmental Management Bureau (EMB) said that they will no longer push through with the public scoping scheduled on August 9 at the Alesna Integrated School Covered Court in Barangay Poblacion.

The conduct of a public scoping is a requirement for the issuance of an ECC.

As of this writing, it remains unclear why Converge Power Generation Corp. (CPGC) requested for the cancellation of their ECC application.

On August 4, CPGC wrote EBM to seek the cancellation of their ECC application.

On Friday, Aug. 5, EMB issued a notice for the cancellation of the public scoping as a response to CPGC’s request. 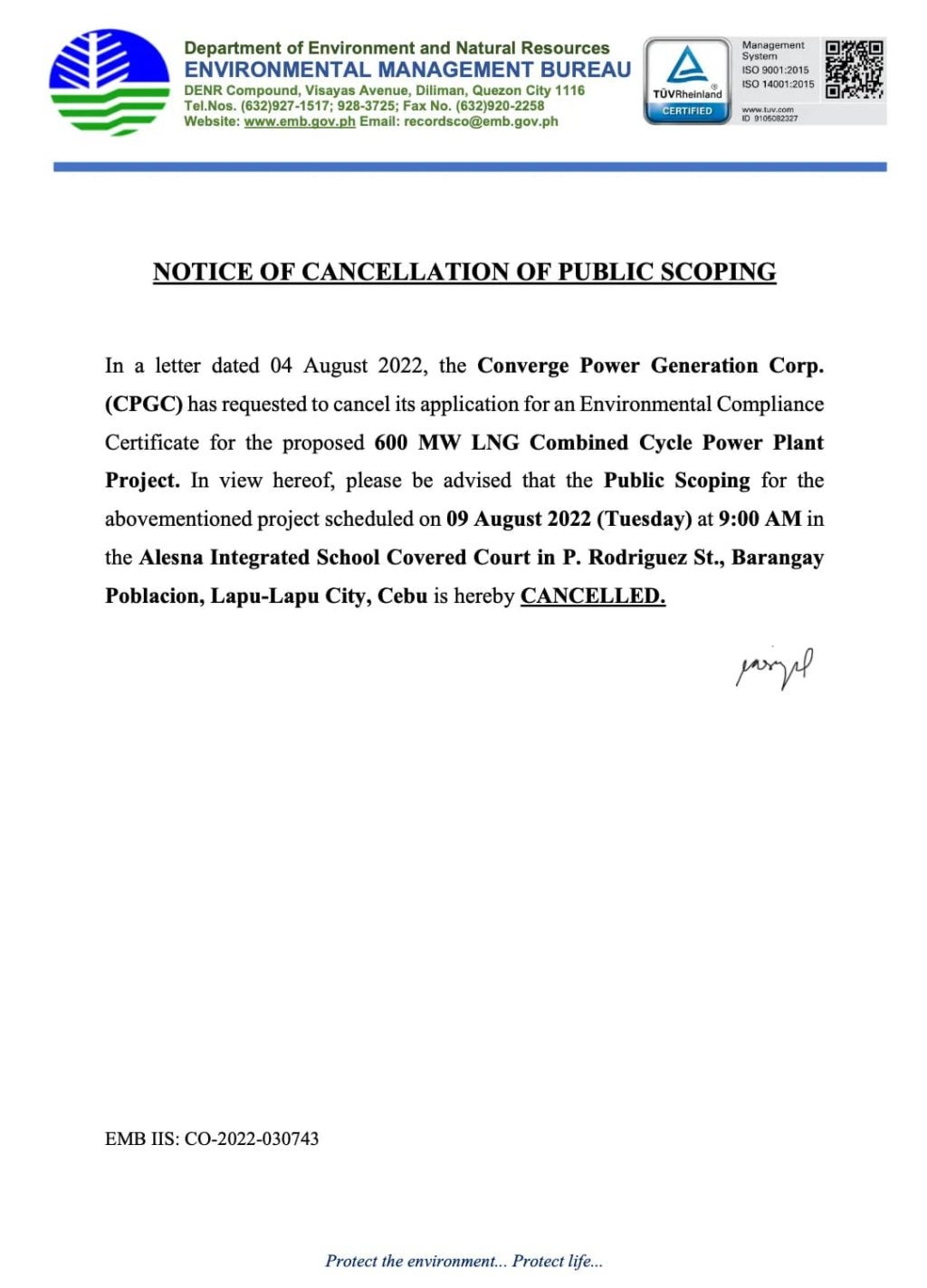 “It is hard to imagine how an environmentally critical project that emits  harmful methane, carbon dioxide, and other toxic substances, could co-exist with the community,” said Lito Vasquez , one of the convenor of the Alyansa sa Nagpakabana Alang sa Kalikupan – Lapu-Lapu.

“The community’s interest to engage the project heightened upon learning that a dirty power plant, and not a mall they were made to believe, shall be established a few meters away from their homes, schools, market, the Nuestra Señora De Regla – Parish National Shrine, offices, and commercial establishments,” he added.

CPGC first attempted to hold a public scooping at the covered court in Barangay Poblacion last May 25.  But the event was cancelled after participants, that included church, school, and community leaders who occupy the “direct and indirect impact areas” of their project questioned the alleged failure of the proponent to comply with minimum requirements provided under DENR Administrative Order (DAO) 2017-15, particularly the conduct of information and education campaign (IEC) among stakeholders ahead of the conduct of a public scoping. They were  joined by lawyers from the Philippine Movement for Climate Justice (PMCJ).

Engr. Gilbert Pagobo, senior vice-president and general manager of Mactan Electric Company (MECO), said earlier that the plan to have new power plant on Mactan Island will be beneficial to their consumers.

“Maayo gyud na not only for MECO but for the entire Mactan and the entire Province of Cebu,” Pagobo said.

Pagobo gave the assurance that the project was safe and will use only natural gas, not coal,  to generate electricity.