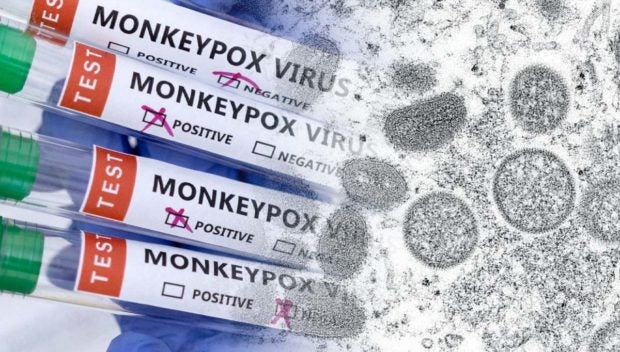 MANILA, Philippines — An LGBTQ+ group on Sunday urged both the public and health experts to help set the record straight about the transmissibility of monkeypox and end the stigma around the community after misinformation about its transmissibility led to comments stigmatizing them.

In a statement, the University of the Philippines (UP) Babaylan also called on the public to “educate ourselves with factual information to collectively protect ourselves and our communities from the perils of the virus.”

“Nobody should be a victim of disinformation and discrimination,” it added.

The group condemned the initial misinformation surrounding monkeypox’s transmission, which culminated last week in some celebrities and influencers warning against getting the virus through sexual contact between men.

Babaylan echoed the Department of Health’s (DOH) advisories about monkeypox, which can spread through direct contact, airborne droplets, or prolonged physical and sexual contact.

“Anyone can contract the virus, regardless of gender and sexuality. Observing safe sex practices, minimizing physical contact and crowded places, and maintaining good personal hygiene are highly encouraged,” the group said.

“Monkeypox is not a gay disease,” it added. “End the stigma; end the discrimination.”

While new research published by the New England Journal of Medicine indicated that 95 percent of monkeypox cases have been transmitted through sexual activity, DOH officer in charge Maria Rosario Vergeire had earlier corrected the misinformation circulating in social media that monkeypox is a sexually transmitted disease (STD).

She stressed that the virus could also be transmitted through respiratory droplets, clothing or other surfaces, and during kissing and cuddling.

Last week, infectious disease expert Dr. Rontgene Solante also clarified that anybody was at risk of contracting the monkeypox viral disease, even if not engaged in sexual activities.

“For one, monkeypox is not considered a sexually transmitted infection. It’s just that the current mode of transmission is through close intimate contact. When we say close intimate contact, that includes being in the same room for a long time. Secondly, those who may have kissed or had sex,” he said.

The most common mode of transmission of monkeypox, Solante said, was through respiratory droplets that might happen while talking to an infected person.

A person may also catch the disease by touching the skin lesions of a person with monkeypox, he added.

He said another mode of transmission was through clothing or any belonging of a patient with monkeypox, such as beddings, where the virus might live and be transmitted by touching the infected object and then touching the eyes, mouth, or any open wound.

When touching objects used by a monkeypox patient, Solante said it was important to wear gloves, and immediately wash one’s hands as the virus would die if the objects or the hands were thoroughly washed or disinfected.