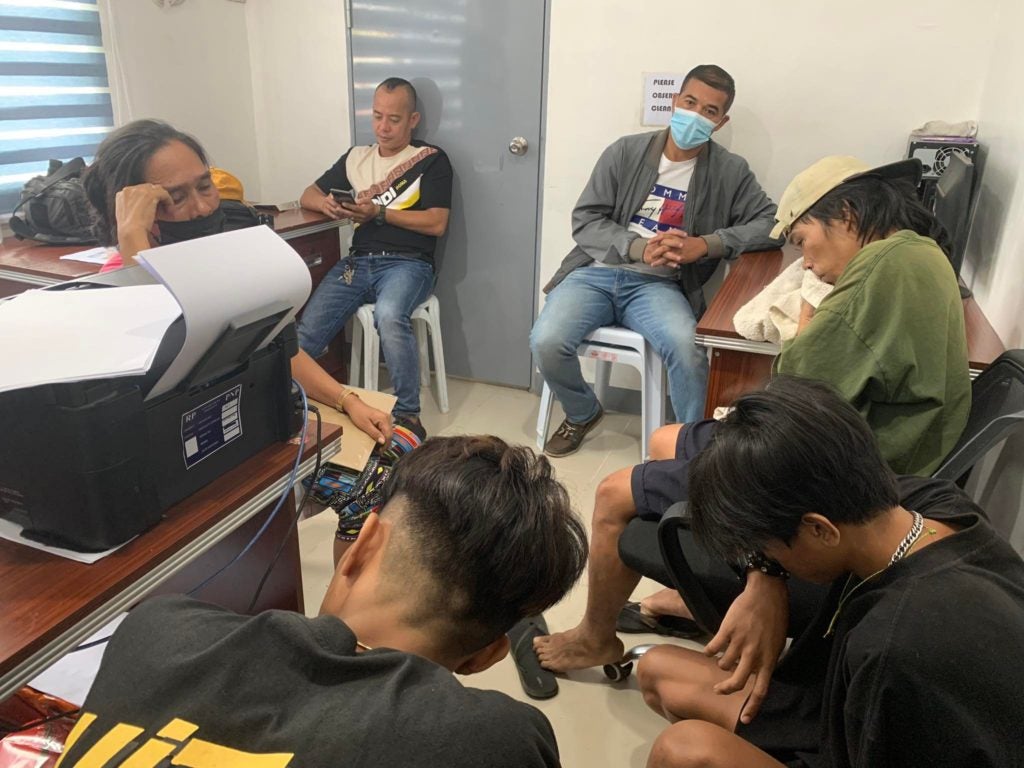 The two minors and an adult, who visited the Inayawan police station today, August 7, to deny any involvement in the killing of the minor, a student scholar, are detained because they are still suspected in the killing and police were still verifying their claims. | Pegeen Maisie Sararaña

CEBU CITY, Philippines — Jerome Estan, the 16-year-old student-scholar who was killed in Barangay Bulacao on August 6, fought back and that was why he was stabbed by one of his assailants.

This was what Police Lieutenant Colonel Wilbert Parilla, deputy director for administration of the Cebu City Police Office (CCPO) gathered from the a minor suspect, one of three suspects detained at the Pardo Police Station detention cell.

The three suspects, two minors and a 22-year-old man, went to the Pardo Police Station on August 7 to clear their names and to deny any involvement in the killing of Estan on that fateful Saturday night.

Parilla said the one of the three detained suspects, however, allegedly provided information that what happened was just a “trip” of the group to maul and rob the victim.

Parilla said that the minor suspect told them that the two at-large suspects, who are adults and not minors as previously reported, had no intention of killing the victim but to only maul and rob him.

Parilla was referring to a certain John Lloyd, who was identified as the one who allegedly stabbed the victim, and another cohort.

But, Parilla said, Estan fought back when the assailants tried to grab his cellphone, and that was the reason the victim was stabbed in the chest twice.

Parilla said that they would file robbery and homicide complaints against these five suspects today or on Tuesday, August 9.

(They are not really… had no intention to rob, but according to one of the minors, they were just hanging out in the area then when they saw the victim they agreed to just maul him for no reason at all.)

(According to them, they just “trippingan” or had a fancy to maul the victim for no reason at all. Then they also had a few drinks so that happened…the victim, however, fought back. That’s why it ended in the stabbing. When the victim fell, they then took his cellphone.)

Parilla also said that there should have been a patrol car in that area but the Mobile Patrol Unit (MPU) already responded late when it responded to the stabbing incident because it was conducting a checkpoint in another area.

He also said that they were still also implementing the curfew for minors, which would start at midnight.

Parilla said that they would continue to gather information on the whereabouts of the two at-large suspects.

He also said that the suspects were only a local group of individuals and they had no affiliation to noted gangs.

He further claimed that this was just an isolated case.

Parilla said that this was also the first time in six years that they had recorded an incident of robbery with homicide.