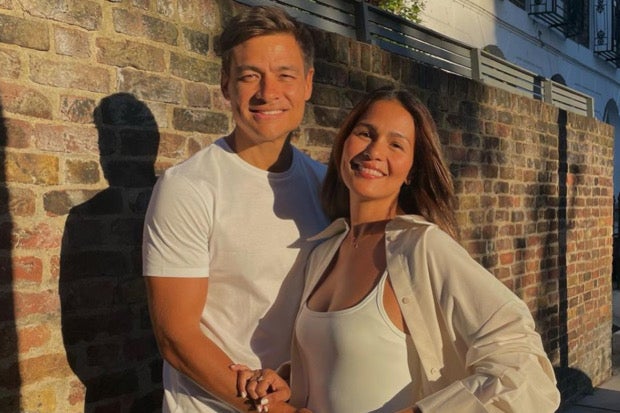 Iza Calzado got real about her first pregnancy at 40 years old, and admitted that questions were what initially came to her mind the first time she learned about it.

The actress recalled how she and her husband Ben Wintle were “in shock” when they saw the pregnancy kit with a positive result, in an interview with TV host Bianca Gonzalez for Cinema One, as seen on its YouTube channel last Friday, Aug. 12.

“It was agreed upon that it (pregnancy) was not gonna be this year, but you know what? God had other plans and God’s plans are always far greater than what my eyes can see, what my mind and heart can even conceive,” Calzado said.

“We were not trying. This was unplanned but of course, very highly appreciated,” she added. “We were just in shock and processing and it took us a week [like] ‘Huh? Is this still happening?’ Until now, and [it has been] three months na (already).”

Calzado then gave an account of the changes she had to make in her routine, including scaling down her workout and “surrendering” control over gaining weight. She also recounted her initial reaction upon learning that she is conceiving a child.

“It was unplanned, right? So there was a knee-jerk reaction and I want to be truthful na parang (that it was like), ‘Is this what I want?’” she admitted. “Magka-kwarenta na ako ha pero syempre dahil hindi ka prepared, merong ‘Do I want this?’” (I was turning 40 at the time but because [I] was not prepared, I asked myself, “Do I want this?”)

Calzado then stressed that she made it a habit to tell words of affirmation to herself as well as her baby, as she is cautious of the “unwanted” energy her child might feel.

“I’m pretty vocal about this and I accept this about myself — I’ve been pretty self-centered most of my life. It’s about me, what I want and of course what my loved ones want to — I take that into consideration,” she stated. “Pero iba [nga pala ‘pag] anak mo, ano? (But it is really different when it comes to your child, right?) Now I’m really starting to understand on a deeper level how parents think.”

Calzado earlier revealed her pregnancy by showing her growing baby bump in time for her 40th birthday celebration. Her pregnancy came three years after she and Wintle got married in Palawan.

Iza sa paglipad bilang Darna: Celebrating the superhero in all of us today and always!