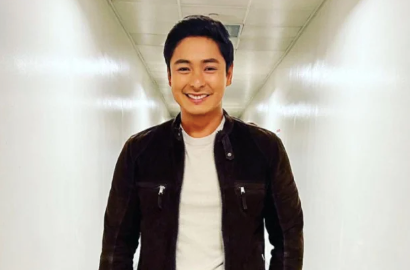 Coco Martin is full of gratitude as he officially bid farewell to his remarkable role as Ricardo Dalisay in “FPJ’s Ang Probinsyano,” which earlier ended its seven-year run.

The actor extended his appreciation to everyone who has been part of the show, including the staff, ABS-CBN bosses, the late Susan Roces and her daughter Sen. Grace Poe, through a message on his Instagram page yesterday, Aug. 13.

(Thank you so much Lord for giving us a job that lasted for seven years, and in which we were able to help a lot of families.)

Martin also credited the success of the show to the fans and thanked them for their unending support for the entire seven years.

(To our “Ang Probinsyano” fans, you have been our inspiration in our job. We always aimed to improve and make every episode better to measure up to the love and support you have given us.)

“Salamat, hanggang sa muli nating laban! (Thank you [and] till we meet again in our next fight!)” he added. “Police Major Ricardo Dalisay, [signing off].”

“FPJ’s Ang Probinsyano” aired its final episode last Friday, Aug. 12, with Dalisay returning to the province with his family. The finale also saw the death of all members of Task Force Agila, as well as the antagonists Renato Hipolito (John Arcilla) and Lucio Santanar (Raymond Bagatsing). JB