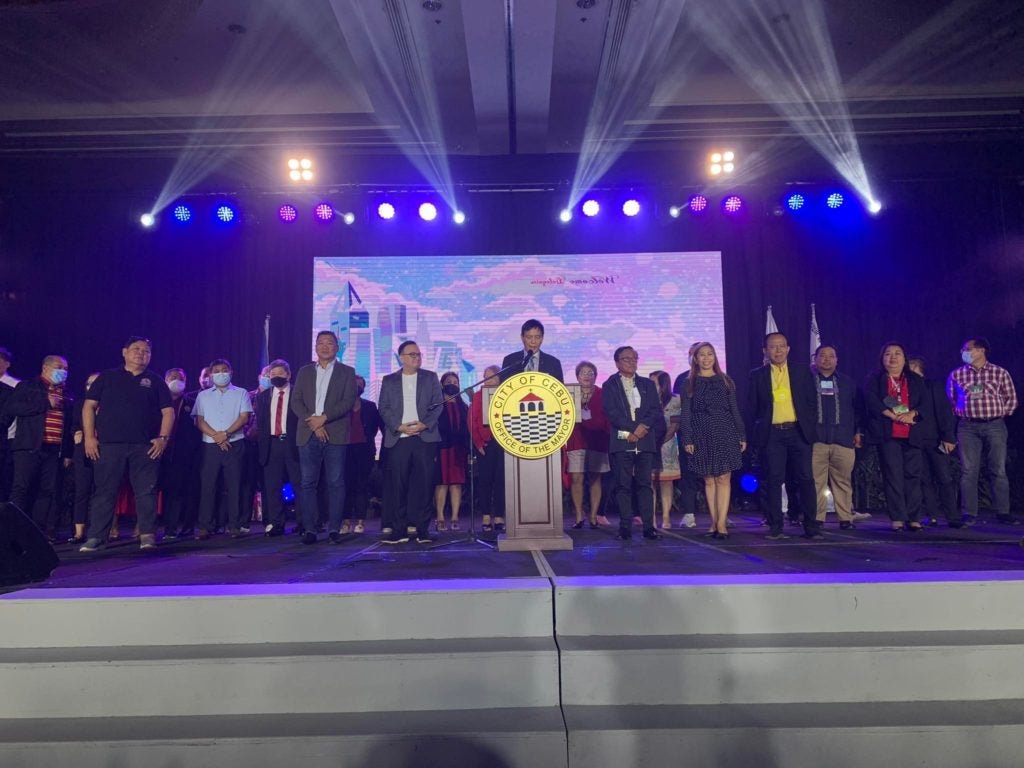 Members of the League of Cities of the Philippines (LCP)  converge in Cebu City for a three-day convention.

CEBU CITY, Philippines — The first of the three-day League of Cities of the Philippines (LCP) convention in Cebu City, scheduled from August 16 to August 18, 2022, became an avenue for city mayors to share with the league the best practices of their cities.

Members of the League of Cities of the Philippines (LCP) gathered in a hotel in Cebu City on Tuesday, August 16, 2022, for the first day of the first national convention of the league under Cebu City Mayor and current LCP president Michael Rama.

The city mayors and their respective department heads also had the opportunity to participate in knowledge-sharing sessions with experts in the private sector and human resources, such as Lawyer Josephus Jimenez, a former labor undersecretary, on issues related to the use of human capital in government.

In an interview, Rama said the convergence serves as an avenue for each city to share their best practices from their own constituency.

“Equipped and more or less getting them exposed already to learn best practices in Cebu City or anywhere else, including Lapu-Lapu City, and the whole Province of Cebu,” he said.

“There are so many best practices (in Cebu City). The best practice of our private-public partnership, where to see is to believe, is the Cebu-Cordova Link Expressway,” the mayor added.

During a separate press conference, Baguio City Mayor Benjamin Magalong, who also sits as LCP secretary general, said that among Baguio’s best practices is the strict imposition of its no-smoking in public places policy, and its focus on becoming a SMART city by employing digitalization in the City’s business transactions.

Taguig City Mayor Laarni Cayetano, LCP’s Women’s Sector Representative, for her part, mentioned how Taguig, under her current administration pays great importance to education, highlighting that Taguig’s education programs, including scholarships, get the biggest chunk of the City’s budget.

Quezon City Mayor Joy Belmonte, the executive vice president of the LCP, also believes that Quezon’s practice of “inclusivity” as evident in the City’s passage of a Gender-Fair ordinance and the establishment of a one-stop center for women, children, and members of the LGBTQ against violence, are some of the things other cities can learn from.

Meanwhile, the LCP in the coming days will also chart its three-year plan through a Strategic Planning Workshop. It is also set to have a dialogue with national government agencies on Executive Order no. 138 and its impact on the delivery of basic services with the anticipated national tax allotment reduction in 2023.

The LCP is also set to hold a general assembly and study visits in the City before the three-day convention ends.    /rcg