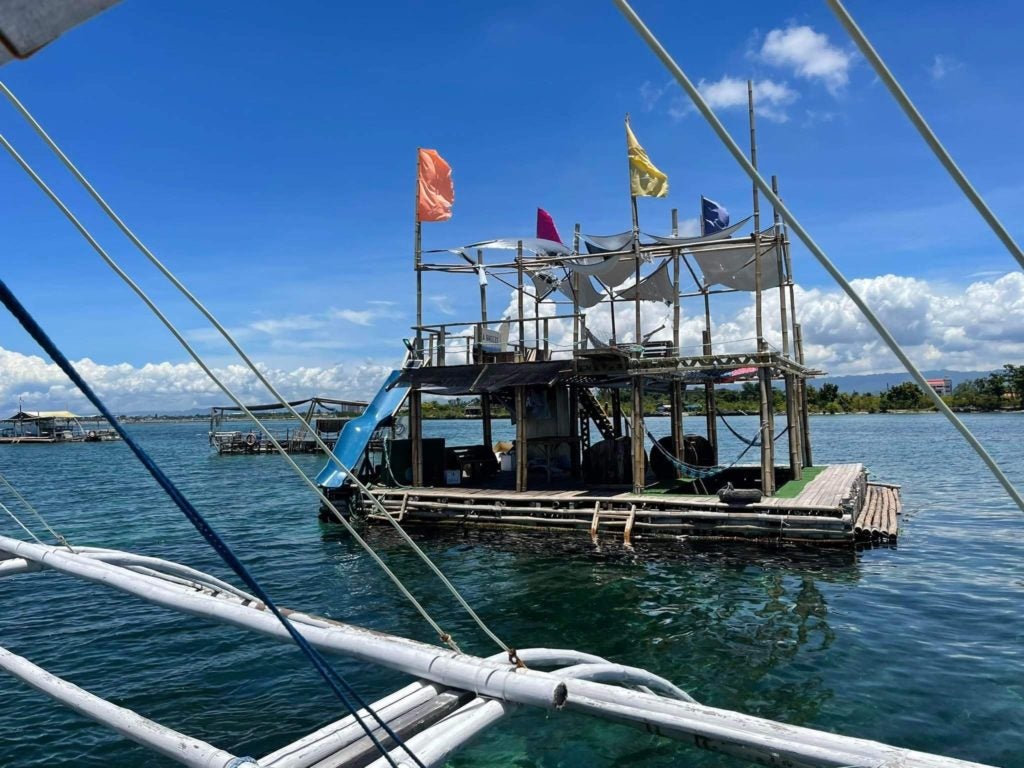 Floating cottages coming from Cordova town have moved to the waters of Barangay Marigondon in Lapu-Lapu City. | Photo courtesy of Junard “Ahong” Chan

MANDAUE CITY, Cebu — After they were ordered to cease their operations in Cordova town starting on Sunday, August 28, some of the floating cottage operators appear to be planning to transfer to the waters of Lapu-Lapu City.

But even before they could officially start to accommodate guests, Mayor Junard Chan has issued a public statement to warn the operators of these floating cottages that they are not welcome in his city.

Chan cited the threats that they would bring to the city’s waters and its marine resources.

(I am one of those who support the development of tourism in our city through different tourism activities for local and international tourists, but I won’t agree that we will take for granted o put at risk our environment because this is one of our investments.)

Chan said he did not want their waters to end up being polluted or worse contaminated, because of the unregulated operation of these floating cottages that did not even have septic tanks. 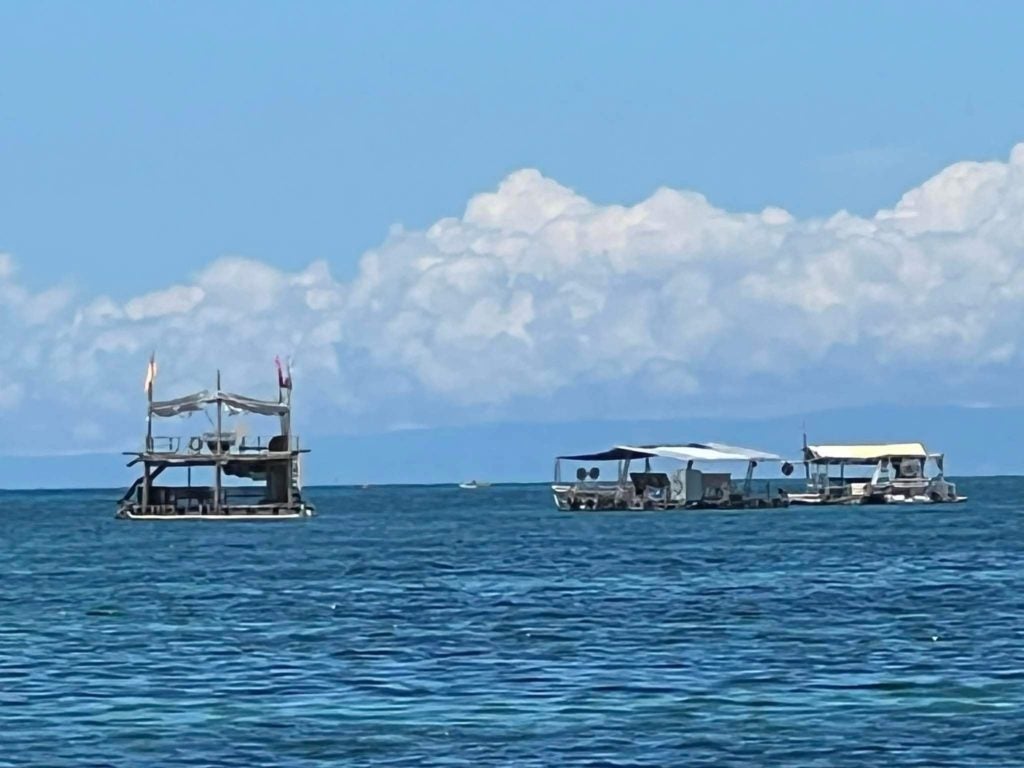 He also expressed fear that the their presence would cause damage on the city’s corals.

(We have several marine sanctuaries that we are protecting and most of all there are many fishermen in our city that depend on fishing as their livelihood.)

Should he allow the operation of floating cottages on their waters in the future, Chan said, he would want this done in the right way.

Chan said there would be a need for the City Council to first study the operation of floating cottages, the area that they could occupy and other regulations especially in the disposal of human waste and other garbage.

(If we will create floating cottages here in the city so that we can give opportunities to our small businessmen, we will do it in the right process with the help of our City Council that can create the right ordinances. And this can only happen with the help of the different agencies of the government that protect the environment such as the DENR.)

Chan saw the presence of floating cottages on the waters of Barangay Marigondon early on Saturday morning, August 27, as he accompanied his wife and lone district Rep. Cindi Chan on a trip to Caohagan Island to distribute school supplies to children on the island.

The Lapu-Lapu City mayor said that he also saw at least five other floating cottages on the waters of Barangay Punta Engaño.

He even boarded one of the floating cottages to especially check its waste disposal system.

He said that human wastes were directly flushed into the sea from the comfort room of one of the floating cottages that were now on the waters of Lapu-Lapu City. 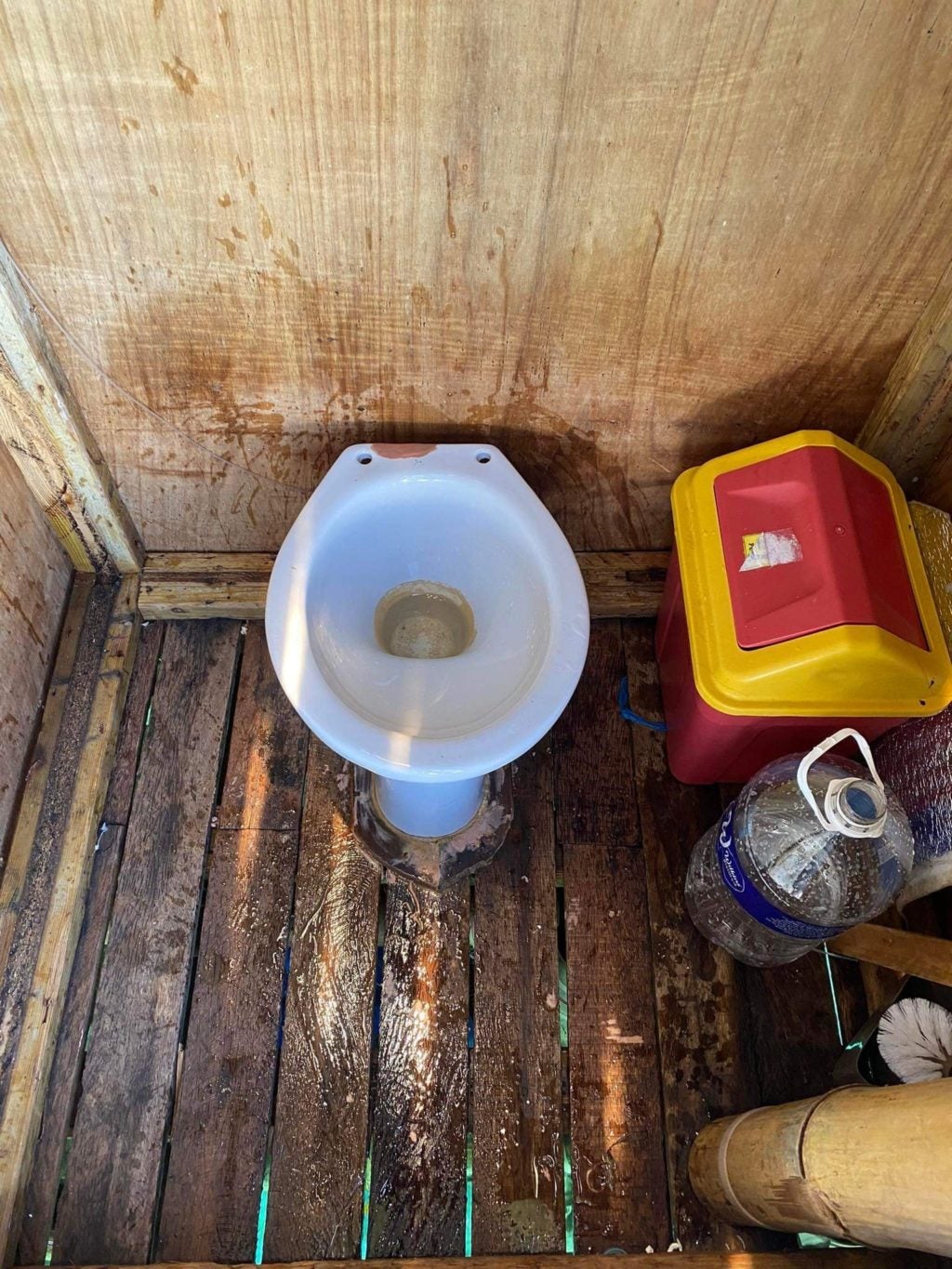 The comfort room of the one of the floating cottages that are now on the waters of Lapu-Lapu City. | Photo courtesy of Junard “Ahong” Chan

In a social media post, Chan said, the transfer of these cottages to their waters was not authorized by the city government.

He urged owners of the floating cottages to have these removed from their waters, otherwise, he would be forced to have these dismantled.

Test on water samples taken in the area show high level of contamination.

(I do not want that the same thing will happen here in Lapu-Lapu City and most of all I will not agree or allow our seawaters to be contaminated.