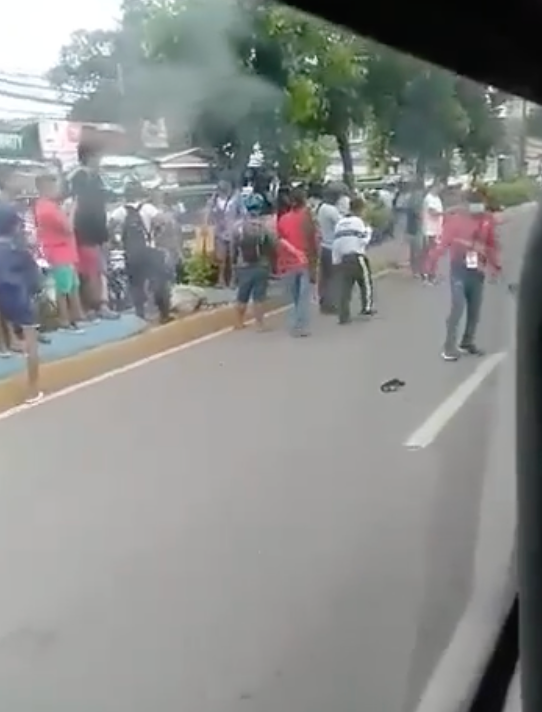 Onlookers near the crash site where a club employee was killed in a freak accident in Brgy. Basak, Lapu-Lapu City on Sept. 1, 2022. | Photo from a contributed video

CEBU CITY, Philippines – A club employee did not make it home after he died due to a road accident in Lapu-Lapu City on Thursday morning, September 1.

Local police from Lapu-Lapu City confirmed that a 33-year-old man was killed in a freak accident along Brgy. Basak there.

The victim was identified as Mark Caballero, a resident of A. Lopez Street, Cebu City. Caballero, according to police, was an employee of a club located also in Brgy. Basak.

Police Staff Sergeant Junell Mayola of the Lapu-Lapu City Police Office (LLCPO) said Caballero was on his way home around 6 a.m. on Thursday.

While traversing the southbound lane of the highway, a stray dog crossed the road, prompting him to swerve the motorcycle he was driving. As a result, Caballero crashed onto the center island, head first.

Mayola also clarified that the victim was wearing his helmet, contrary to reports circulating on social media. He added that the helmet flew off due to the impact of the crash.

Caballero was rushed to a nearby hospital but attending physicians declared him dead on arrival, Mayola said. /rcg