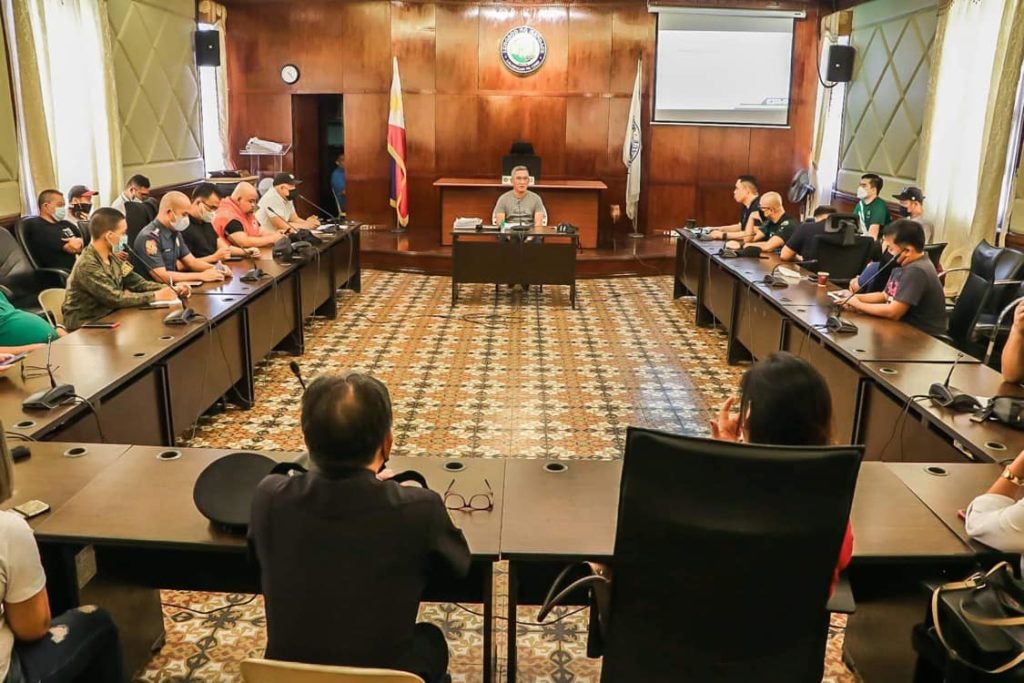 MANDAUE CITY, Cebu — Members of the City Disaster Risk Reduction and Management Council (CDRRMC) saw the need to place the city under a state of calamity following the massive flooding that forced the evacuation of more than 400 families on Friday.

(We have to do this in order for us to immediately attend to the needs of the floood victims, to help them rebuild their homes in a safe manner by giving them assistance.)

Cortes said the need to place the city under a state of calamity was decided during the emergency CDRRMC meeting wihich he called on Saturday morning to discuss concerns on the flooding that affected several barangays after the Butuanon River started to overflow during the heavy downpour on Friday.

(We agreed during the DRRM Council meeting to recommend to the City Council the declaration of a state of calamity in the city.)

Aside from this, Cortes said, he would also be calling for a roundtable discussion with national agencies soon “para sa paghatag ug solusyon sa nagka daghan nang higayon nga mo baha ang sapa sa Butuanon tungod sa grabeng tubig gikan sa kabukiran (to also address the growing concern of flooding that results after the Butuanon River overflows due to the volume of water coming from the mountains).”

Read Next
Robber hits wrong biker, a cop; gets arrested; lands in jail