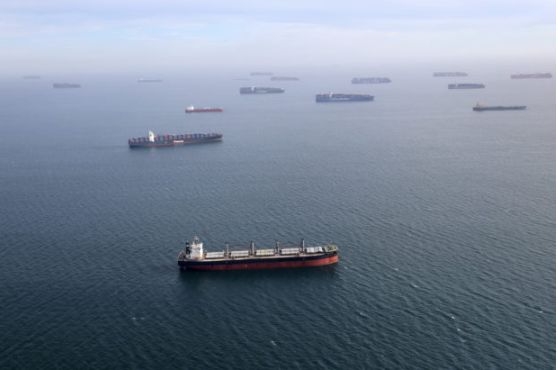 Seafarers are susceptible to mental health issues due to harassment and bullying that can take a wide variety of forms, ranging from physical or verbal aggression, ill-treatment, cyber-bullying or sexual discrimination.

The pending bills on Magna Carta for Filipino Seafarers seek to institutionalize mechanisms to address harassment and bullying  while on board the vessel.

Senator Raffy Tulfo presided over the hearing of the proposed legislations that aim to improve Filipino seafarers’ working conditions, terms of employment, career prospects, and provide opportunities to harness their potentials to the fullest.

These bills provide for the protection of the Filipino seafarers’ rights to just terms and conditions of work and safe and secure workplace that complies with safety standards; self-organization and engage in collective bargaining; educational advancement and training at reasonable and affordable costs; relevant information; free legal consultation; and have access to communication facilities.

Specifically, the bills mandate that seafarers shall have the right to be protected from discrimination on the basis of race, age, sex, religion, or political opinion, as well as on the basis of disablement, taking into consideration the inherent requirements of the particular undertaking.

Career opportunities shall be promoted, and appropriate working and living conditions shall be guaranteed equally among male and female seafarers.

Seafarers shall be protected against all forms of harassment and bullying while on board their ships.

Shipowners and manning agencies shall ensure protection to seafarers against harassment and bullying on board ships by establishing  helplines and grievance mechanisms.

In reality, however, many seafarers, are reluctant to file complaints due to the so-called “blacklisting”, a practice used to prevent certain seafarers from being employed.

The first version of the proposed Magna Carta for Filipino Seafarers was the by-product of the National Seafarers Conference in 2002, which was held at the Manila Hotel and organized by the Stella Maris Philippines in coordination with the Office of Senator Ramon Magsaysay Jr.

Years later, several versions were filed by legislators that considered legal developments both locally and internationally.

The Supreme Court has also issued decisions that touched upon bullying issues.

In Career Phils. vs Godinez (G.R. No. 206826, October 2, 2017), the Court noted that a seafarer’s psychosis, severe depression or schizophrenia may be considered compensable due to the work-related stressful environment on board the vessel.

The neophyte young seafarer’s grave illness was directly caused by the unprofessional and inhumane treatment, as well as the physical, psychological, and mental abuse inflicted upon him by his superiors.

It was aggravated by their failure and refusal to provide timely medical and/or professional intervention, and their neglect and indifference to his condition even as it was deteriorating before their very eyes.

While the physical effect of harassment and bullying is fairly easy to identify on account of the obvious external signs, the same cannot be said of their emotional effects which are often denied or distorted. There is even a high risk of suicide for seafarers with psychosis.

In Cabuyoc vs. Inter-Orient Navigation (G.R. No. 166649, November 24, 2006), the Supreme Court ruled that the seafarer’s illness was the direct result of the demands of his shipboard employment contract and the hostile treatment and mental trauma in the hands of German ship officers. This led to his nervous breakdown and untimely repatriation to the Philippines.

The Court noted the trauma under the POEA contract is not limited to physical in nature but the same may involve mental or emotional hurt, damage or loss sustained. The word “trauma” is defined as “a bodily injury caused by a physical force applied from without or a disordered psychic or behavioral state resulting from stress or injury.”

The seafarer’s disability is not only physical but mental as well because of the severe depression, mental torture, anguish, embarrassment, anger, sleepless nights and anxiety that befell him.

The discussion on the magna carta is timely as the country will be celebrating on September 25, 2022 the 27th National Seafarers Day. The event is held every last Sunday of September by virtue of a 1996  proclamation by the late President Fidel Ramos that  aimed  to give due recognition to the vital role of Filipino seafarers towards the development of the Philippines as a maritime country.

Read Next
PhilHealth will still last only until 2027 even if Pagcor, PCSO give funding – exec