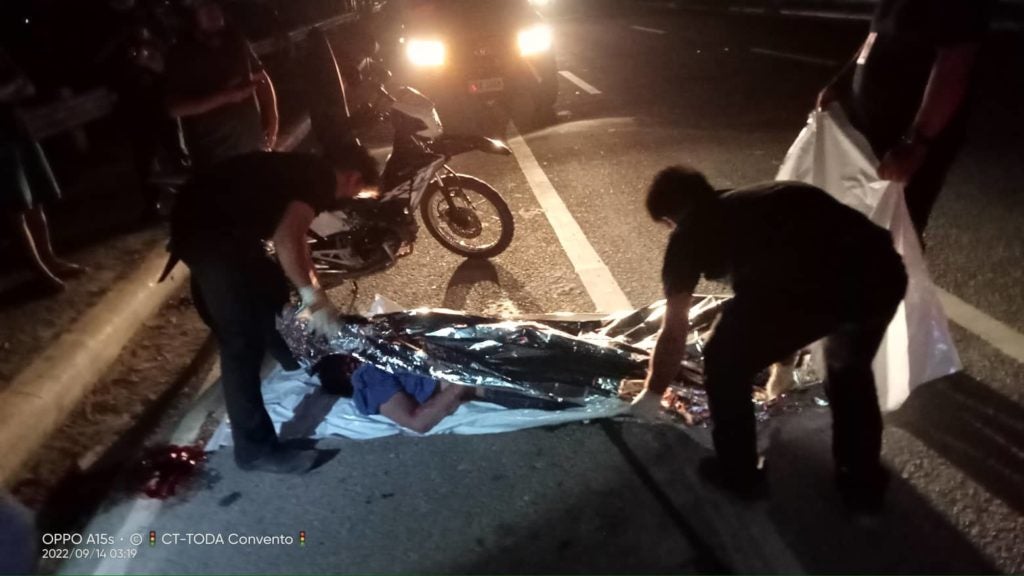 Emergency personnel attend to the body of a motorcycle rider who died in a vehicular accident in Talisay City on Wednesday night, September 14, 2022. | contributed photo

Authorities in Talisay City confirmed that a collision involving a motorcycle and a trisikad (pedicab) at the Cebu South Coastal Road in Barangay San Roque past 8 p.m. on Wednesday.

It ended in a tragedy when the motorcycle driver, identified as Mark Agsoy, a resident of Brgy. Buaya, Lapu-Lapu City, died shortly afterwards, police said.

The trisikad driver and his passenger, namely Cardo Cabañero and Gerry Malubay, are still confined in a hospital due to the injuries they sustained.

Patrolman Ariel Balde of the Talisay City Police Station said both vehicles were traversing the southbound lane when the accident happened.

The impact of the crash threw Agsoy  off of his motorcycle as he landed head first on the pavement, resulting to his death.

Read Next
An internet for the common good