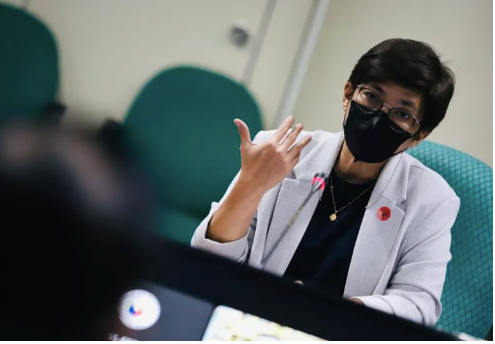 FILE PHOTO: Dr. Maria Rosario Vergeire, officer-in-charge of the Department of Health, briefs senators on the country’s health situation during a meeting of the Committee on Health and Demography on August 15, 2022. Senate PRIB Photos

MANILA, Philippines — The Department of Health (DOH) on Friday said that it lacked the information necessary to definitively rule out the possibility of local transmission of the monkeypox virus.

DOH officer-in-charge Undersecretary Maria Rosario Vergeire pointed out during a press briefing that the government could not test everyone who showed symptoms of the disease because most of them do not go to a doctor for consultation or treatment.

“I cannot be certain to say that there is no local transmission,” Vergeire said. “So there is no certainty, but what is certain right now, handa tayo (is that we are ready).”

So far, the country has confirmed four cases of monkeypox.

The first two monkeypox cases have since fully recovered, she also said.