AFC U-19 Qualifier: Valiant efforts for the PH squad comes up short versus Thais 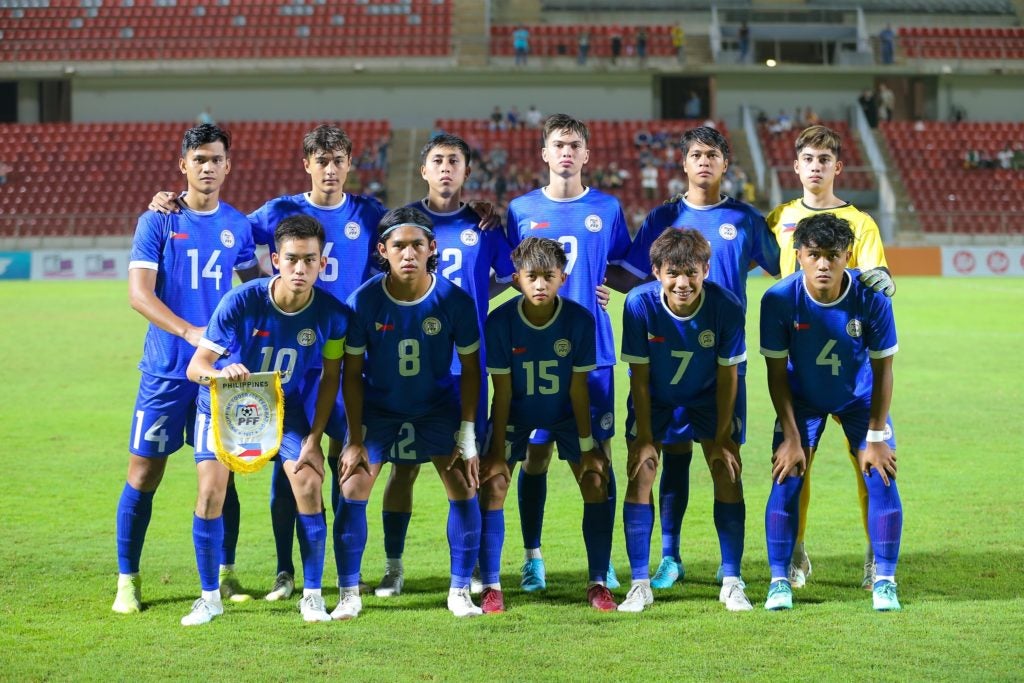 The Philippines U-19 football team posing for a group photo after their match against Thailand in the AFC U20 Asian Cup Qualifiers last September 16, 2022. | Photo from the PFF Website.

CEBU CITY, Philippines— The Philippines’ U-19 squad put up a gallant stand but fell short against Thailand,2-3, in the ongoing Asian Football Confederation (AFC) U20 Asian Cup Qualifiers on September 16, (September 17, Manila Time) at the Al-Saadah Sports Complex in Salalah, Oman.

The Philippines nearly defeated the Thais, leading twice in the match before they succumbed to an 89th-minute goal.

The Philippines scored the first goal courtesy of Martin Merino in the seventh minute, but the Thais quickly retaliated with an equalizer in the 14th minute.

Kamil Amirul put the Philippines ahead,2-1, with a 28th-minute goal heading into halftime.

Four minutes into the second half, the Thais fought back with another equalizer, tying the match, 2-2.

As time winded down, the Thais pulled off a stunning 89th minute, denying the Philippines a draw.

Nonetheless, the Philippines fought valiantly against the heavily-favored Thais compared to their opening match last September 14 against Oman, where they were blanked,0-3.

The Philippines will have its last remaining match in Group G against Afghanistan on September 18 at the same venue.

The top team in Group G and the best second-placed team will qualify for the final round in Uzbekistan next year.