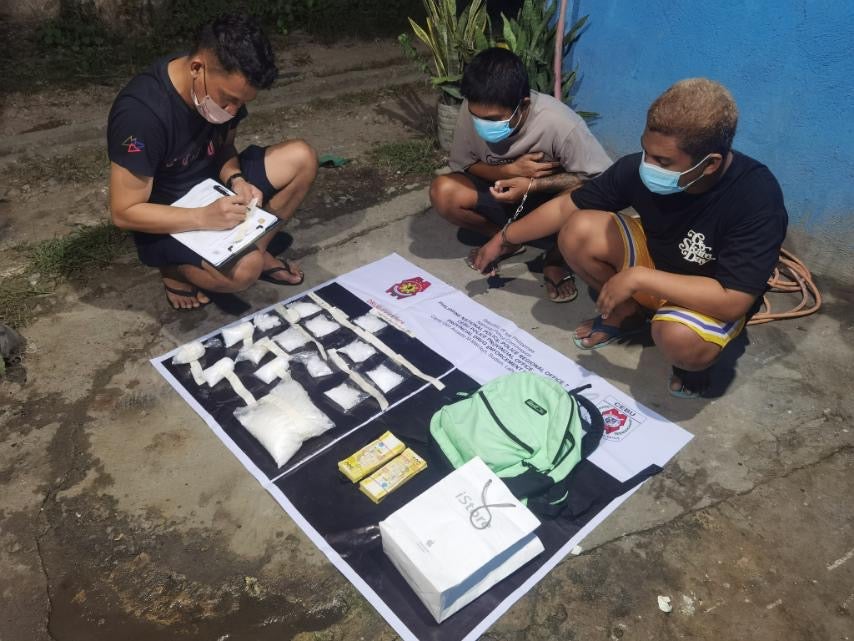 Police Lieutenant Colonel Mark Gifter Sucalit, deputy director for operation of the CPPO, said this after their P13.6 drug haul in Talisay City on Sunday, Sept. 18, 2022.

A buy-bust operation in Talisay City, Cebu led to the confiscation of at least P13.6 million worth of suspected shabu and the arrest of  two individuals, Stephen Mitante, 19, and his uncle, Jerry Bionson, 29, from Cebu City.

(This is a big group that we apprehended.)

“We are really happy with the pronouncement  of our good governor nga naay laing mga ahensya at tsaka LGU nga makatabang [campaign] against illegal drugs po,” he added.

(We are really happy with the pronouncement of our good governor that there is another agency and LGU that will help [in the campaign] against illegal drugs.)

Apart from their relentless illegal drug operations, Sucalit said that they were also exerting similar efforts in their campaign against criminalities.

“We give emphasis sa (on) illegal drugs because based on our assessment, most of the crime incidents that transpired in our AOR (area of responsibility) are related to drugs,” he added.

For his part, Levi Ortiz, regional director of the Philippine Drug Enforcement Agency in Central Visayas (PDEA-7), said that they were hopeful that more barangays would be declared as drug-cleared in the coming months following the recent pronouncement of Cebu Gov. Gwendolyn Garcia on the province’s ‘all-out war’ against illegal drugs last Sept. 15.

One of the bases in determining drug affectation is the number of drug-cleared barangays.

(Crimes like trafficking of illegal drugs will really not flourish without a syndicate behind it. And if we say syndicate, we say two or more. There is a source and a dropoff area for distribution, that two they form a syndicate already. That is the peculiarity of this kind of game.)

To address this, Macatangay said that cooperation from the community in reporting illegal drug activities in their respective localities in a timely manner for authorities to conduct immediate response would be needed so as with becoming vigilant at all times.

Read Next
Suspect in stabbing radio anchorman in NegOr surrenders