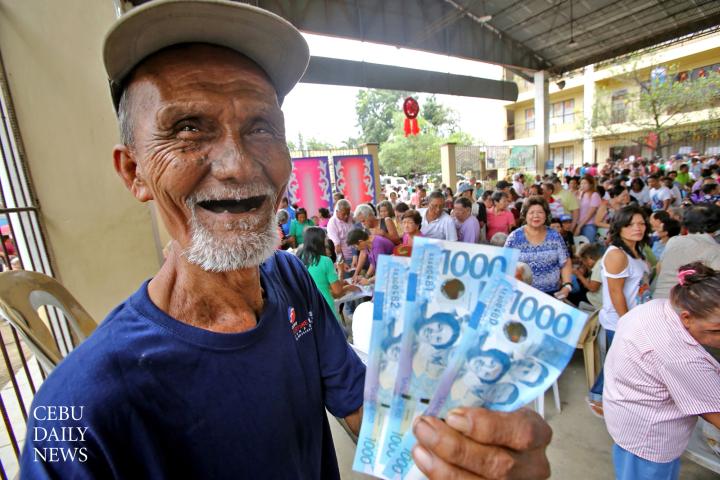 CEBU CITY, Philippines — The Office for Senior Citizens Affairs (OSCA) in Cebu City is currently ramping up its evaluation of members to remove senior citizens who have passed away but are still listed as eligible for the city’s financial assistance.

In an interview on Thursday, Sept. 22, 2022, Vicente “Inting” Esmeña, OSCA head, said the office assigned job-order employees in each barangay to survey and verify if the names on their list were still eligible for the assistance.

(We gave each barangy a master list of senior citizens. That is what they are working on now. We let that job be done first, we ask that their jobs and other jobs be put on hold first. We let this job be worked on first  because we told them that we will be distributing the cash aid soon. So it (the master list) should be cleansed per barangay.)

(You are the ones, who are in the barangay, you are paid a salary by the government. When the time would come that this would be like this, you are the ones who would be asked to pay, you will be asked to leave your job. You should ask the relatives of the beneficiary who died, then you sign it too.)

This activity ensued from accusations that senior citizens, who had passed away, were still “being paid” their monetary assistance. The same controversy prompted Mayor Michael Rama to threaten those allegedly involved government officials with termination from employment at city hall.

Esmeña did point out that there were some situations, particularly given that the cash aid list was created weeks before the payout, where “dead claimants” could not be avoided.

He said they were targeting to produce the “cleansed” list of cash aid beneficiaries of the city by the first week of October.

Esmeña further said that they were now awaiting the City Council’s budget appropriation to disburse the cash aid for September.

However, he noted that there’s a chance that financial aid for the next four months would be distributed in a lump amount in December.

He also said that as of now cash cards were still suspended, and senior citizens would be receiving their assistance through a regular payout.